A horror story is a story with monsters and ghosts. In Japan, the chill you get from a horror story would be used as a cooling aid for the hot summer. Many of the Japanese horror stories are related to women’s grudge. In this article, you can read about the famous Japanese horror story “Banchosarayashiki”. Their well-known scene would be that then main ghost lady is counting china dishes…one…two..

≫ If you are interested in other horror related places in Japan, please read the article “Surrounded by sightseeing spots! 3 well-known Japanese horror stories” 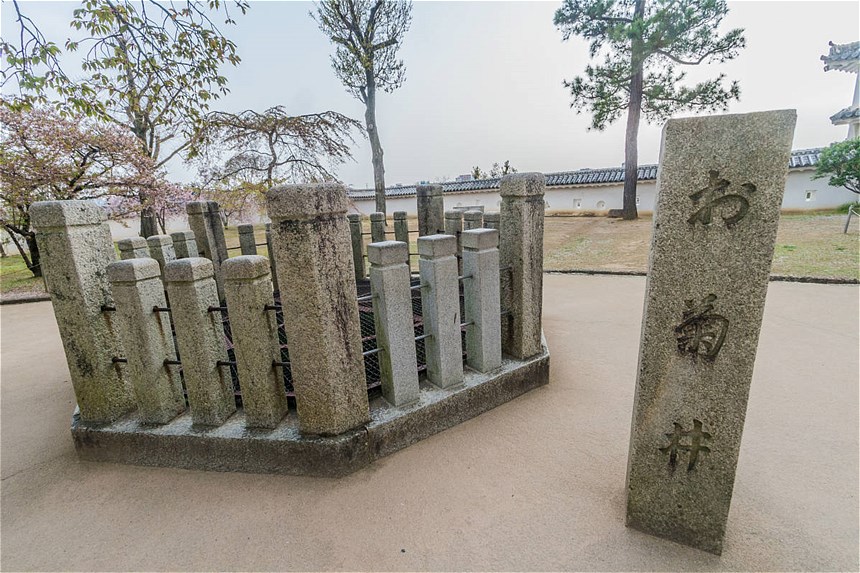 There are many versions of this famous story. But the typical one is the story about lady Kiku who used to work as servant at a rich man’s mansion. One day she broke dishes that the master treasured. The angry master chopped Kiku’s middle finger. Then he locked her in a room. But she ran away and killed herself by jumping into a well. After that, every night people would hear her voice counting dishes. After counting ten; she would disappear. There are many Sarayashiki in Japan. Chokyu Temple in Hikone, Shiga, Japan is also known as one of them. Moreover, they have actual dishes; normally they are not open to the public but if you book in advance, you would able to see them.

Each Sarayashiki’s story line differs in each region. In this Hikone version,

Kiku broke one of treasured dishes purposely to test that Masayukisusumu really loved her. Masayukisusumu got angry and broke rest of the dishes using a sword handle and killed Kiku by the sword.

The broken dishes were given to this temple to rest. Those are the dishes you can see if you would make a reservation. Now there are only 6 of them left. There is also a gravestone for Kiku.

Yotsuyakaidan, Sarayashiki and Botandoro are the most well-known horror stories in Japan. All the stories are super chilling, you can imagine typical Japanese strong female grudge as you may see in some movies. Since horror stories would give you a chill, they are often used as cooling aid for hot summer weather. You may want to look into which movies are showing during the summer because you may find an interesting movie.

There is a tour that takes you to haunted spots in Asasuka Tokyo; the tour also takes you to the oldest amusement park Hanayashiki. They have a haunted house that is naturally the oldest one in Japan; 158 years old history would create a rumor that the haunted house is actually haunted. Why don’t you visit it and check the rumor out?