You should visit! Temples & Shrines in Asakusa – Senso-ji Temple

When you go to Asakusa, you should go to Senso-ji temple.The historical about 1400 year old temple is the oldest one in Tokyo. It has many spots to see and let’s try the special Omikuji experience. At the Nakamise-dōri – a street on the approach to the temple, there are many nice to visit souvenir shops. I’ll tell you about Senso-ji temple and Asakusa.

If you are interested in a more local way of enjoying Asakusa, join our  Asakusa Bar Crawl in local backstreets Tour!

For more information about cultural and historical spots of Asaskusa, please go to >> “7 Spots to Experience the History and Culture of Asakusa”

It says that in 628 ,two fishermen’s brothers found a statue of the Kannon in the river.

That was the beginning of Senso-ji temple.

The mountain name of Senso-ji Temple is Golden Dragon Moutain. According to the legend; A Golden Dragon appeared to celebrate the birth of Avalokiteśvara.

That’s why that at Senso-ji temple you can see dragons everywhere. Let’s try to find them!

Formerly associated with the Tendai sect of Buddhism, it became independent in 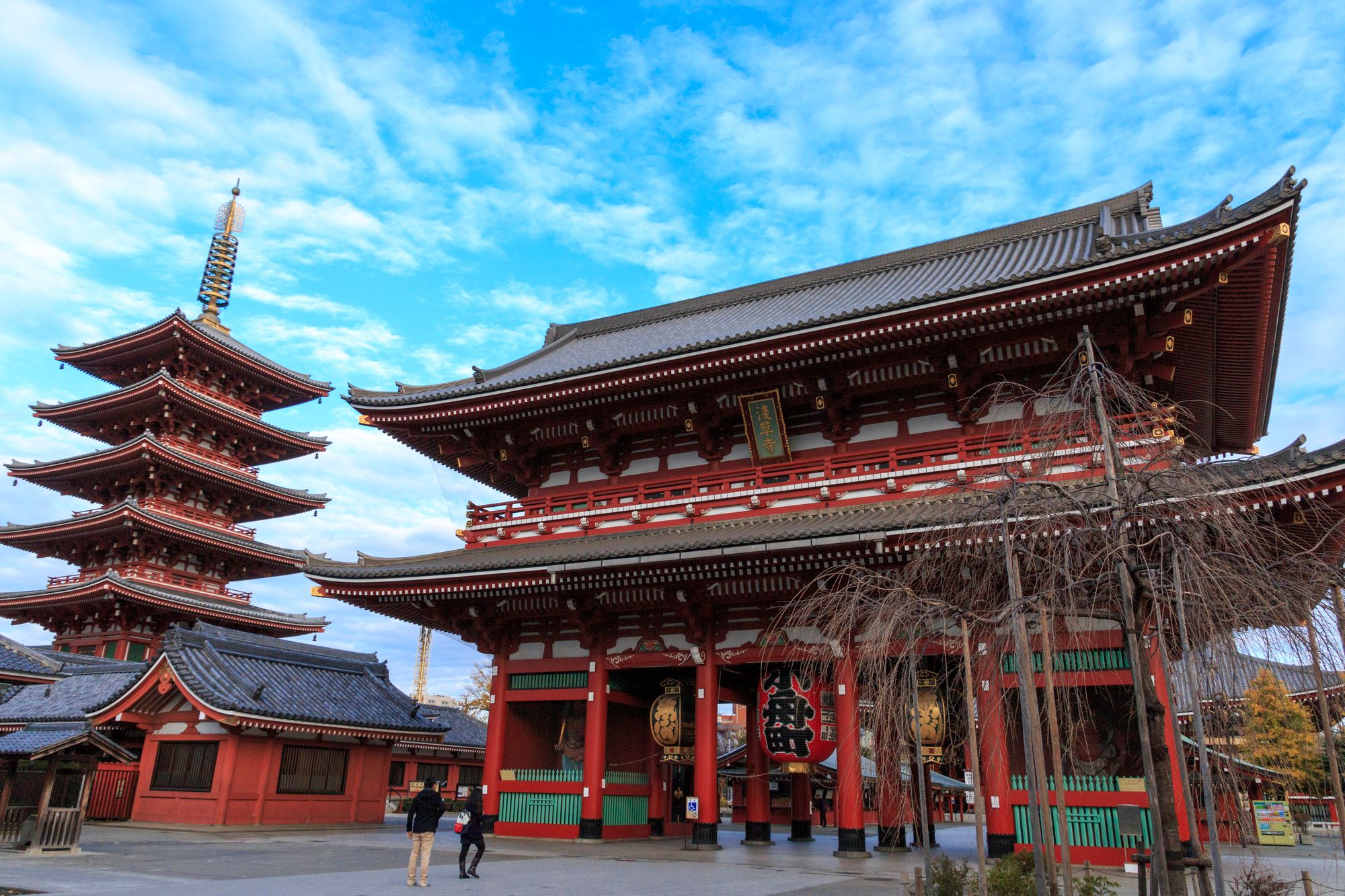 One of the nice things to see at the Senso-ji Temple is Thunder Gate.Other interesting places are Treasure-House Gate it was rebuilt by Iemitsu Tokugawa together with the main hall and Five-story pagoda. 「仲見世(nakamise)」is a street on the approach to the temple where you can buy souvenirs and snacks. With a festival like atmosphere you’re surrounded by Japanese tradition.
Visit the temple, enjoy delicious snacks, take a walk, there are many ways to enjoy yourself at the temple grounds.
Let’s start walking from senso-ji temple to find asakusa! 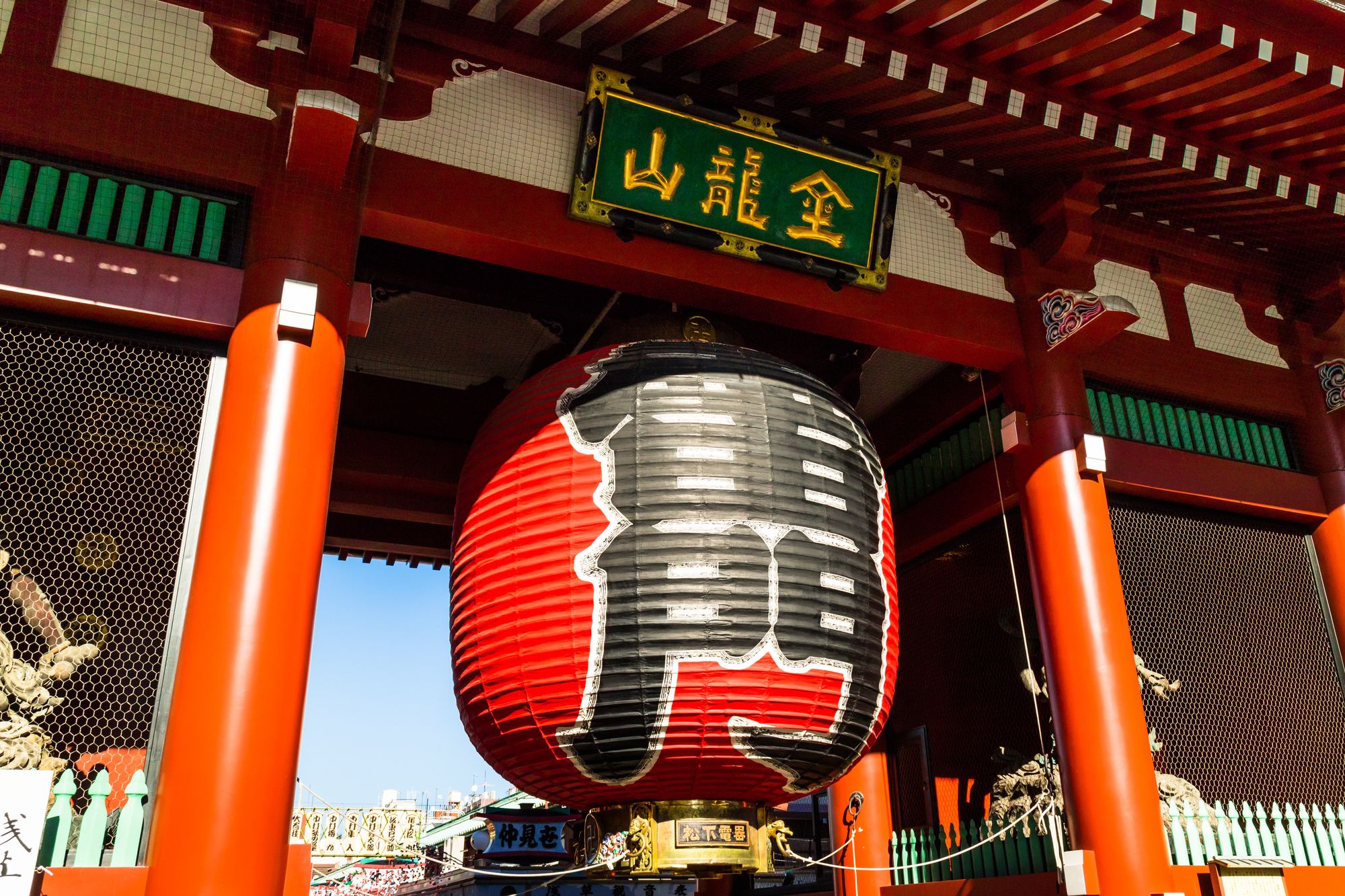 The big lantern which hangs on the gate is 3.9 meters tall, 3.3 meters in diameter and weighs about 700 kilograms. It’s made of bamboo from Kyoto tanba, and about 300 pieces of Japanese traditional paper. This Japanese paper is made of 100% fibers from コウゾ（Kozo/ Mulberry plant）and every 10 years it’s renewed. 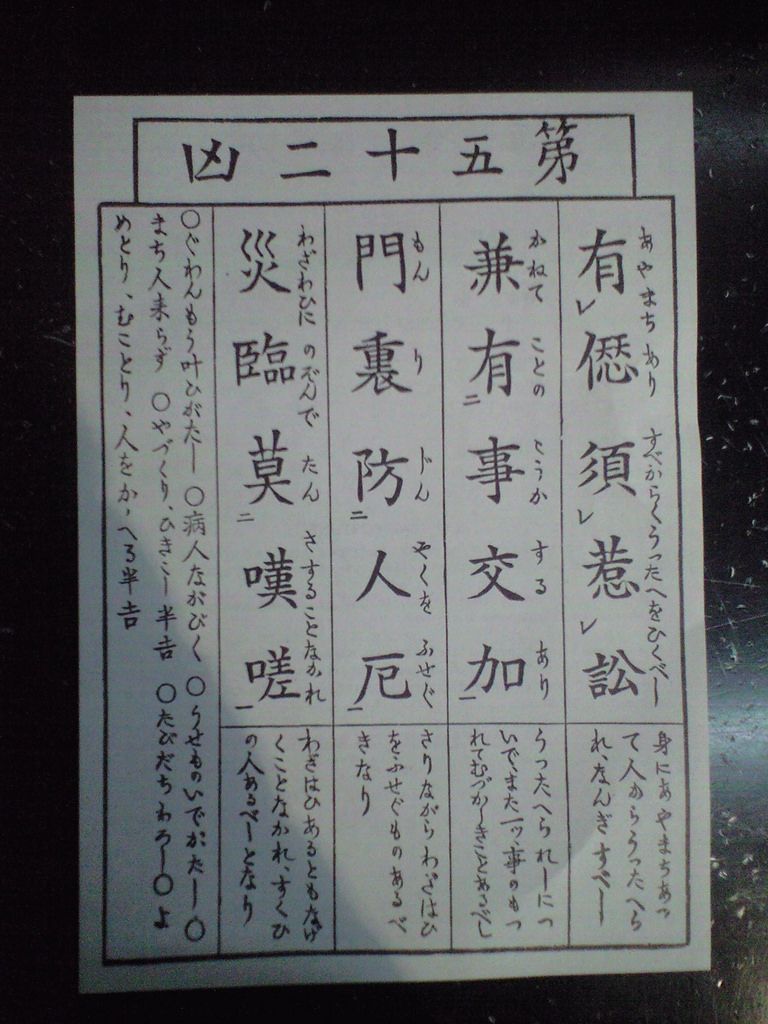 But most of shrine thought that if kyō is often chosen, nobody wants to try Omikuji anymore. So they offered Kichi Omikuji more. However the Senso-ji Temple didn’t change this way of offering Omikuji.

That’s the reason kyō is often chosen at this temple. If you get kyō, it will not have any worth. So 凶 kyō (curse) might also means 強kyō (strong.)

Treasure-House Gate and Big waraji (sandals made from straw rope) In 936, Hozōmon (Treasure-House Gate) was built. Unfortunately the gate burned down during World War II. It’s rebuilt in 1964. “Hozōmon” has several treasures. At the gate you see a big “Waraji.” (sandal). It shows power of Nio  (guardians of the Buddha) and can be seen as talisman.

About 250 meters of all kinds of enjoyable Nakamise (shopping street.) 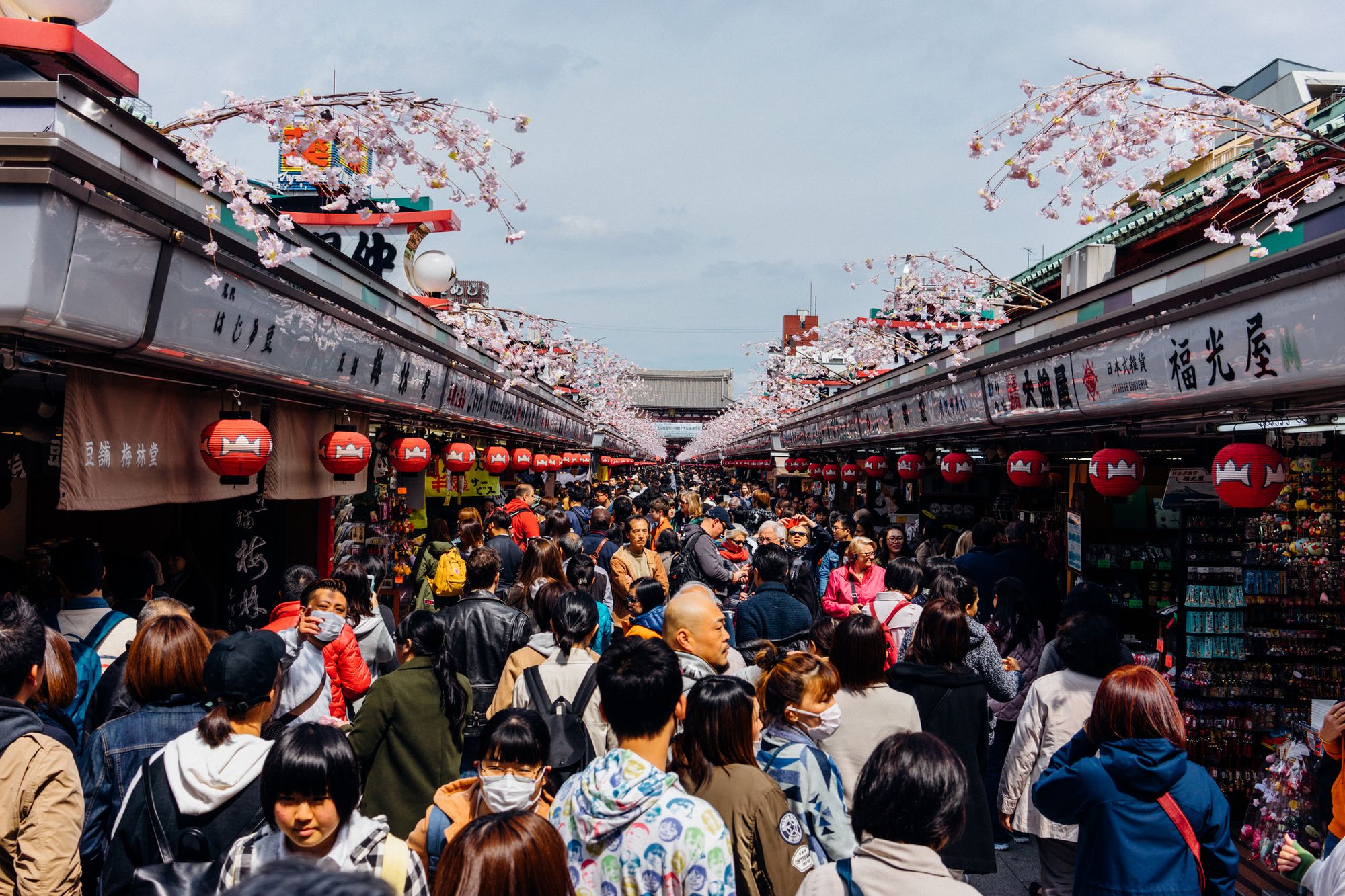 Nakamise means shopping which belongs to the shrine or temple.

In Asakusa, there is also “Nakamise”, a street on the approach to the temple from “Kaminarimon”. On the east side there are 54 shops and 35 shops on the west side. Just like during a festival filled with a pleasant busyness. Go visit the temple and let’s enjoy delicious snacks and or finding a nice souvenir!

From Haneda Airport  about 40minutes

From Narita  Airport  about 70minutes

From Tokyo Station   about 25minutes

A Must See! Temples and Shrines in Asakusa – “Hikan Inari” Shrine