In Hiroshima, various events are always being held somewhere. Now is the time to show you some of the hottest events going on in September. Many of them are child friendly, so why not join the fun with the whole family?

The “Hiroshima Satoyama Future Fair 2017”, based on their slogan of “Be the example of Japan’s future”, work to revitalize the mountainous areas and discover the charm of Satoyama. Along with the two core projects, “Symbol Project” and “Support Ambitions Project”, there are many different projects as well as hands-on events held. For the “Symbol Project”, there are events you cannot experience normally, such as the “Closed School Renovation”, in which people within and without the region use 3 closed schools as their base for revitalizing the region, as well as the “Satoyama Social Land”, a new type of orientating through cycling, in which people are able to cycle through 371 spots on their bicycle while being orientated using an app. Also, the “Support Ambitions Project” provides ambitious challenges for younger generations aimed for regional development, as well as various projects aimed to stimulate exchanges between people within and without the region who support regional development. 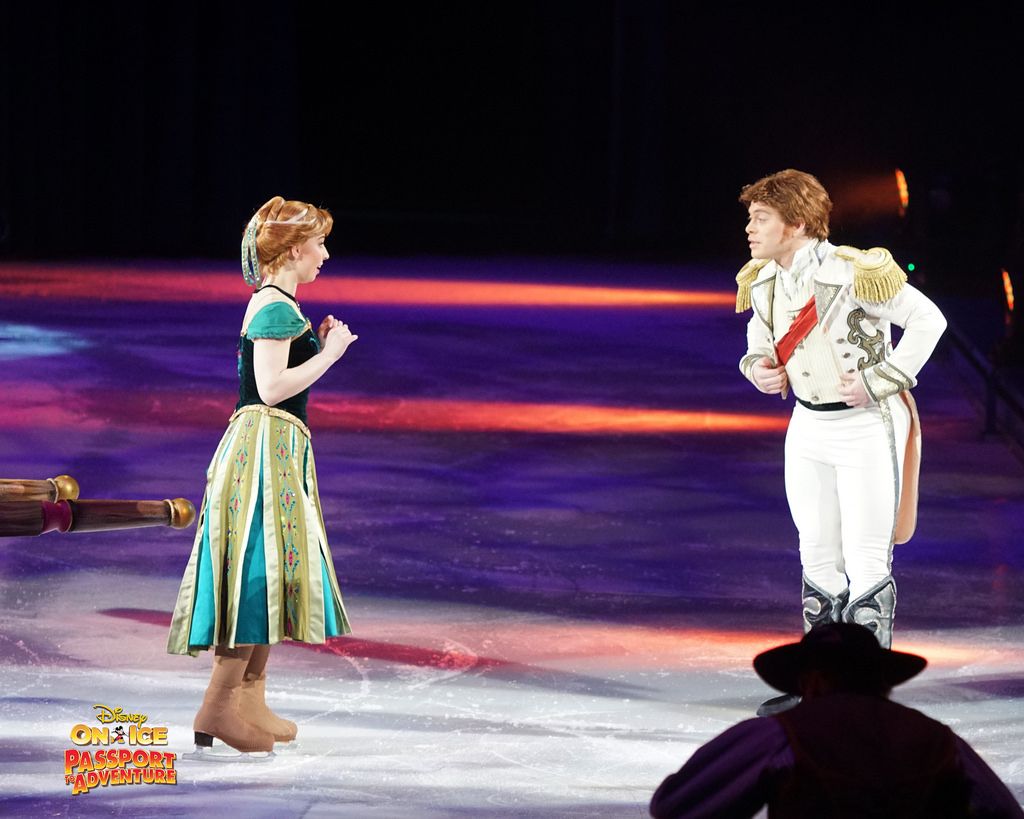 Disney On Ice “Everyone’s Story” is a story shared by everyone over generations. The characters, lovely scenes, and melodies are all reenacted on ice as a musical. Popular works such as “Beauty and the Beast”, which found inner beauty through a brave heart, “Aladdin”, who had his wish come true with his friendship with Genie, as well as “Frozen”, where true love saved the frozen world, are all reenacted through top class skating and cutting edge lighting and staging. Judy and Nick from “Zootopia” will also make an appearance in the preshow as special guests. The beauty and power of the performance on ice can only be experienced at Disney On Ice. This year, there will be a total of 3 performances between 9/22~24 at Hiroshima Green Arena.

Pair ticket (S-seat):  ¥11,000 for weekends&holidays; ¥10,000 for weekdays.
※All the fees above are tax included
※Adult(above middle school students); Children(3 years old~under primary school students)
※Child under 2 years old is allowed to enter for free if he/she can sit on the knee of an adult. However, you need to purchase a ticket if an extra seat is needed.
※An 1000-yen gift certificate for official goods will be given for free with premium ticket.

Reservation is required. Please inquire us about the availability. 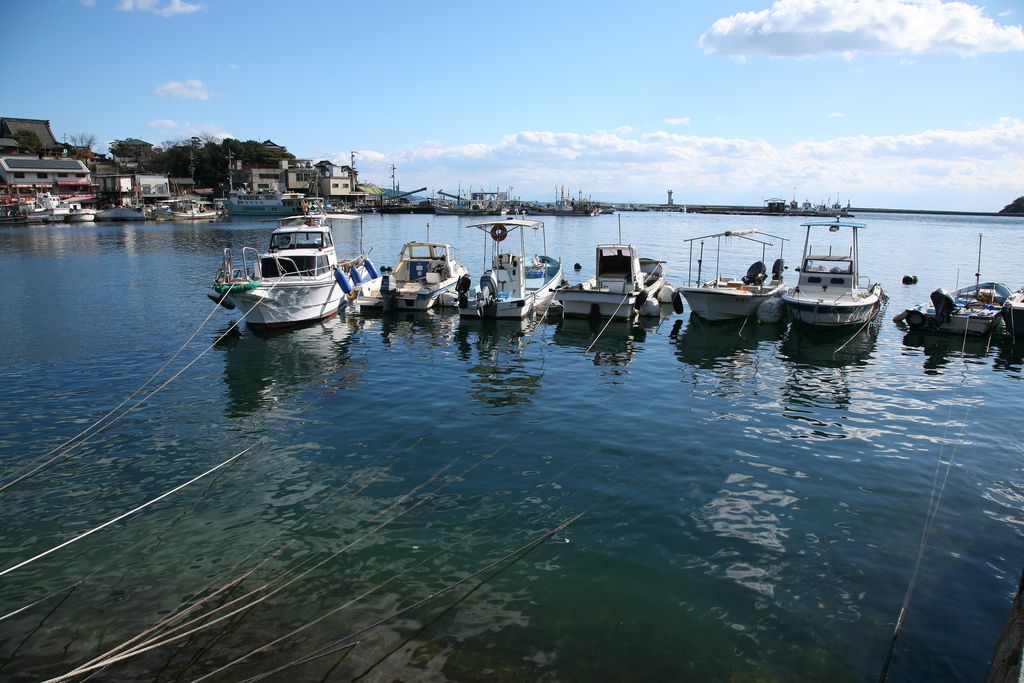 There is a tourist cruise boat that operates for an hour from the pier in front of JR Onomichi station to Tomonoura. It is a popular cruise where you can have a view of the townscape from Onomichi to Tomonoura at sea. The cruise will make a stop at the pier under Onomichi Senkoji Ropeway, so you can use it for convenience. Onomichi developed as a port of call for Kitamae boats and Tomonoura developed as a harbor for waiting for favorable tides to set sail. The boat is not just a means of transportation, but its charm lies in the scenery viewed on the boat, such as the townscape of the Japan heritage Onomachi, the shipyards with large boats, the town of history, Tomonoura, as well as the Abuto Kannon which Hiroshige has drawn. The boat is operating during weekends and national holidays between 3/11~11/19, as is perfect for going out on a day off. It will definitely be an unforgettable memory with your family and loved ones.

Reservation is required. Please contact us about the availability of advance tickets.
Advance tickets sold from 1 month~3 days before the boarding date.

From spring to the beginning of summer and from summer to fall, there will be the “Onomichi Waterway Cruise” for a limited time. You can get on from Onomichi Harbor or Toyohimotomichi Pier, and enjoy cruising along the townscape of Onomichi, the harbor town registered as a Japan heritage, along with a guide from a local college student. This is the only cruise that will allow you to enjoy the beautiful scenery of Onomichi from the steady water of Setouchi, as you go through the Shimanami Sea Route Shin Onomichi Bridge and view the large new boat in the Onomichi shipyard. Also, there is a ticket bundle for the Senkouji Mountain Ropeway. You can enjoy Onomichi both at sea and sky.

Starting from the mecca of marine sports, Setoda Sunset Beach, the triathlon consists of swimming 1.5km, cycling 40.2km (3 rounds of 13.4km), and running 10km (2 rounds of 2.5km). While transmitting the splendor of Onomichi nationwide, the event promotes Onomichi’s charm as a tourist spot and aims to revitalize the region, as 500 individual participants and 300 relay participants compete on the Shimanami Sea Route Cycling Road which links Onomichi and Imabari. People cheer at the roadside race, filling the venue with excitement. The beautiful scenery and the participants battling through the harsh racing course are breathtaking. You will be moved by this scenery that can only be experienced here.

6. Hiroshima Kagura regular performances on every wednesday between 4/5~12/27

“Hiroshima Kagura Regular Performances” transmits new cultural night activities from the central part of Hiroshima, and spread the charm of “Hiroshima Kagura” to various kinds of people such as Hiroshima residents and tourists. The Kagura groups from all over Hiroshima take turns every week to perform every Wednesday night from April to December at the Hiroshima Resident Cultural Center, performing 2 plays. The “Hiroshima Kagura” is a dance of gratitude, dedicated to the autumn harvest, with myths and legends incorporated, making it a Kagura. It is a combination of the “Kyumai” from Shimane prefecture and “Shinmai” from Ishimi prefecture that came together in Kita Hiroshima City and has become a folk performing art of that region. It is worth seeing the historical Kagura.

10 min by bus/train from Hiroshima Station

Admission fee: 1,000 yen (tax included; unreserved seats only [child under 3 can watch for free if sitting on the lap of an adult])

※ Normal Mode: Admission tickets are sold after 17:00 on the day inside the cultural center

The “cormorant fishing” is a traditional fishing priding a long history which makes an appearance in the Records of Ancient Matters and Manyoshu. At Miyoshi City, the fishing is done in the Basengawa River, and from the excursion boat, the cormorant fishermen in court noble headgear and straw skirts can be seen controlling the cormorants in the lights illuminating the river’s surface. The cormorant fishing of Miyoshi is said to have a history of 450 years, and was started by the fleeing soldiers of the Amako army defeated by Mori clan, then revised by the feudal lord, Nagaharu Asano to its present state. The characteristic of Miyoshi cormorant fishing is the 6.75m long bridle the fishermen use, which is the longest in the country, as well as the fishermen being able to control 8 cormorants as he steers the boat. The traditional skill that never misses the moment the cormorants catch sweetfish while giving attention to the boat’s direction is a must-see. This is the only place where you can see the cormorant fishermen up close on the “kaiyushiki” style in which the cormorant fishing boat and excursion boat run parallel to each other. It is available every year from June to September.

Charterage for 11 people: 25,000 yen
Charterage of ships with seats (for 10 people): 27,000 yen
※The price varies on Friday/Saturday. Please contact us for detail