Hiroshima is known worldwide as a peace city. Hiroshima having the World Heritage sites such as the Atomic Bomb Dome and Miyajima, many tourists visit the city. There are plenty of sightseeing spots, but in this issue we pick up events that enjoy nature. Not only visiting the famous sightseeing spots but also participating in local events will make it possible to see different features of Hiroshima. 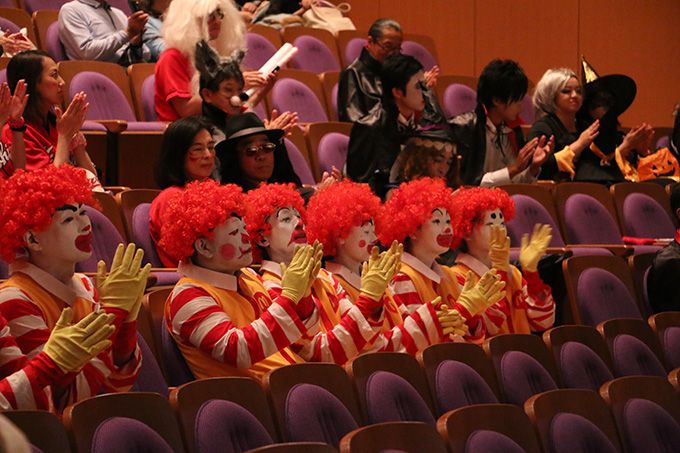 Onomichi is a city in the southeastern part of Hiroshima Prefecture. Facing the Seto Inland Sea, it has developed as a commercial port for many years.

There are many old temples such as Senkoji and Jodoji, also many slopes in the city, which give the city an impressive ambience.

The city was loved by famous writers such as Naoya Shiga and Fumiko Hayashi who wrote about the city in their works.

There is a “literary path” in Senkoji Park where you find a literature monument. The city is known as a city of literature, and recently it is famous for a background locations for movies and animations.

In the city of such Onomichi, a national costume contest will be held.

100 groups of participants gather here from all over the country will showcase their costumes of historical figures and various characters.

In the event, in addition to performing a costume parade, there is also a costume contest before large crowds of spectators.

In the costume parade, participants who look like the characters in animations and movies, march along the shopping street of Onomichi. You can enjoy it even just watching. A photo contest will be held in the event. If you find a favorite costume, let’s check it up.

Though an entry is necessary for participation and it is closed already, but viewing is free. Enjoy the costume competition while you stroll in the city.

Get off at “Onomichi” JR Station, the Sanyo Line 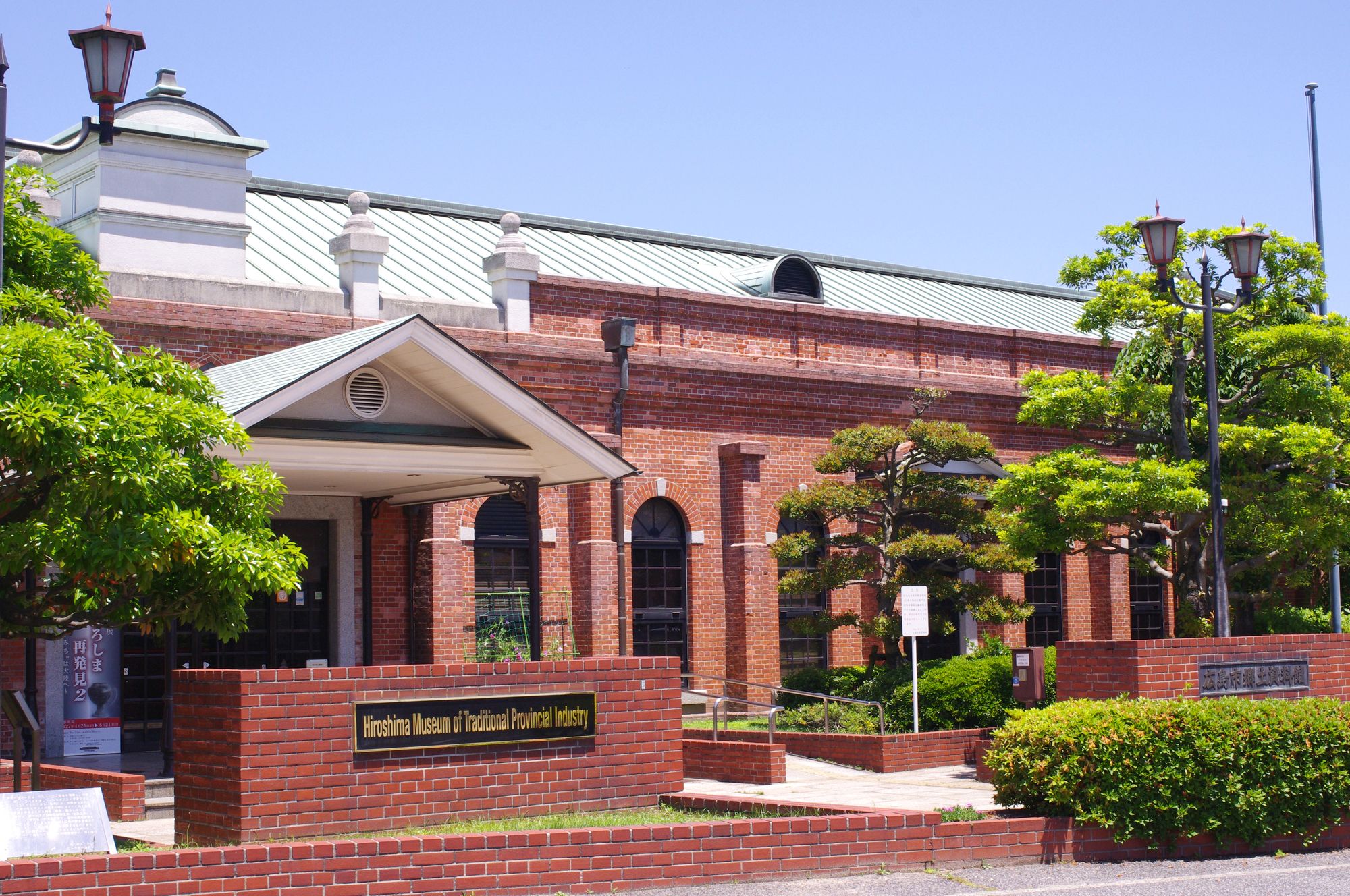 The Hiroshima City Local Museum is a renovated building of the former “Riku-gun Ryoumatsu Shishishou” (Army logistic center for provisions and fodders) built in 1911. It is a red brick built in the Meiji Era and designated as the important tangible cultural asset of the city.

Permanent exhibitions include oyster farming, mountain silk weaving, manufacturing a hairpiece “Kamoji”, wooden ships and transportation by ship and other important materials related to local life and culture. You can understand the history of the local industry at a glance.

At the present exhibition, “the old life in ” Gon-Gitsune ” is being displayed.

“Gon-Gitsune” is a fairy tale, a monumental masterpiece by Nankichi Niimi (1913-1943). Old tools described in the story such as “Kiriami” (a net), “Mino” (a raincoat) and umbrellas as well as “Red Bird” in the magazine where “Gon-Gitsune” was published are exhibited. The old lifestyle at that time is introduced.

“Gonkin” was introduce in the textbooks of elementary school in 1956 and is still read by many people regardless of the age. A guided tour is also available on every Sunday during the exhibition which takes 14 to 20 minutes approximately. (* no reservation required)

Get off at “Ujina 2-Chome), Hiroshima Rail

Take a bus “Hiroshima Bus” for “Hiroshima-ko via Miyuki-Dori” from “Hiroshima” JR Station, and get off at “Miyuki 2-Chome”

Events to Enjoy the Nature

With surface of 18.3 hectares, it is situated in the hilly area in the west part of Hiroshima City and commands a fine view of the Seto Inland Sea. In the park there are 235,000 plants in about 11,700 varieties from around the world including tropical plants such as cactuses, tropical water lily, begonia, etc. In particular, in the green house which is one of the largest in the western Japan, there are tropical orchids and very many colorful tropical flowers. You can also appreciate tuberous begonias which are said to be the most beautiful in the world, throughout the year. Besides, there are also an exhibition hall in relation to plants, a glass-made large greenhouse – a symbol of a botanical park, and a lawn public square.

The Cactus exhibition at the Hiroshima City Botanical Garden.

At the exhibition, we introduce the charm of various cactuses and succulent plants in the cactus greenhouse where you can see plants adapted to arid areas.

In the park you can enjoy various beautiful flowers throughout the year, including the Japanese garden and the large flower bed.

Why not enjoy the flowers as well as a saunter in the large garden? 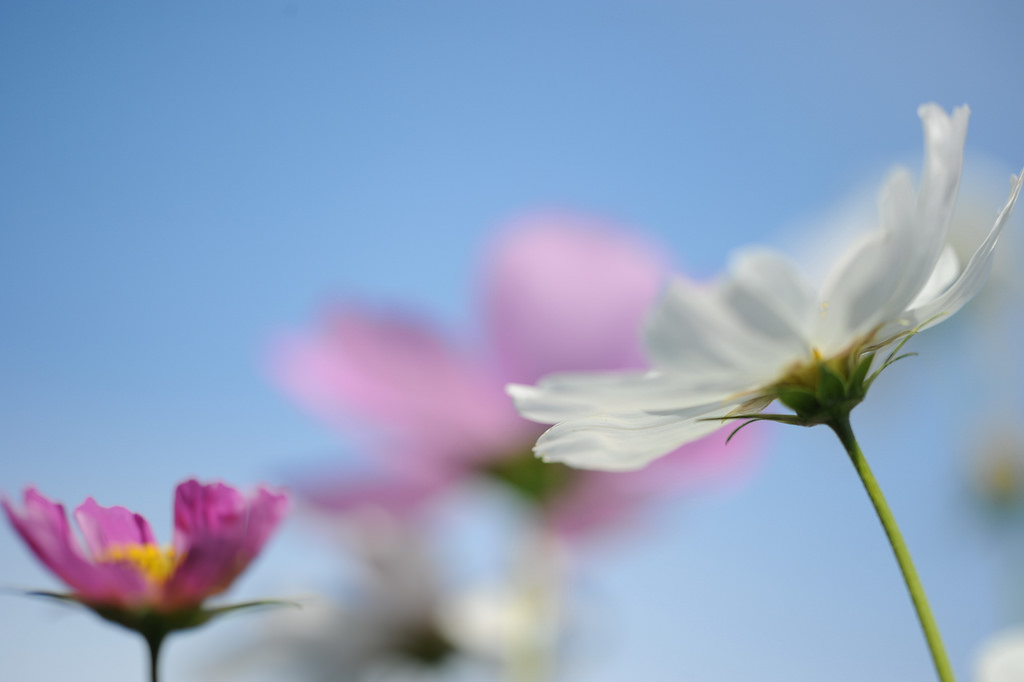 The National Bihoku Hill Park opened in 1995 is the only state-run park in Chugoku Region, situated in Shobara City, Hiroshima Prefecture.

There are many attractions in the park such as,

The event held in the autumn is “Bihoku Cosmos Picnic”.

You can enjoy “Kagura” plays and small concerts mostly on weekends. Those events are held in the autumn when about 1.5 million cosmos and about 270,000 zinnias are in full bloom.

The small train (with a toll) traveling around the park is available every day. You can enjoy the season and the park.

※Open every day during the season

Dahlia Festival in the Autumn at ”Sera Highland Farm”

Facilities in the park are a flower cafe for taking a break, a farm restaurant for meals and a free parking for 1,000 cars.

There are many flowers and vegetables such as tulips, sunflowers, dahlias, strawberries, radishes, etc. cultivated in the park.

In Sera Highland Farm, the annual ‘Dalia Festival of autumn’ will be held.

Taking advantage of the cool climate at an altitude of 500 meters, 25000 dahlias of 450 species, in the largest scale in Western Japan, are cultivated. As the autumn passes, colorful and brilliant large flowers are in bloom one after another.

Photo contests and gardening courses are held as appropriate for the season.

Why not spend a day to enjoy an autumn breeze and flowers!

About 20 minutes by car from “bingo mikawa”station 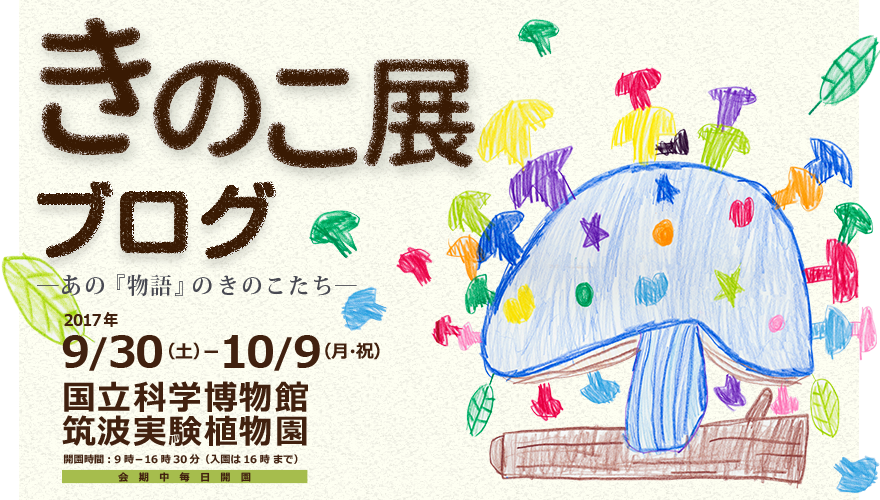 Many varieties from around the world, in addition to the greenhouse for tropical plants such as cactuses, tropical water lily, begonia, etc. are found. In the green house which is one of the largest in the western Japan where there are tropical orchids and very many colorful tropical flowers. It is one of characteristics of this garden that you can also appreciate tuberous begonias which are said to be the most beautiful in the world, throughout the year.

Inside the park there are exhibition hall in relation to plants, a large glass made greenhouse – a symbol of a botanical park, and a lawn public square.

“Wild Mushroom Exhibition” is one of the events in Hiroshima City Botanical Gardens this autumn.

Various mushrooms growing in Hiroshima Prefecture will be exhibited for 2 days. On the second day, we will also observe mushrooms in the park. Mushroom, the taste of autumn!  Isn’t it the best time to learn about mushrooms?

Not only the mushrooms but the park located on the hill commands a fine view of the Seto Inland Sea National Park. Why not enjoy it as well?

20minutes by bus : Take a bus for “Shokubutsu-Koen/Yakushigaoka-Danchi” at “Itsukaichi” JR Station, Sanyo Line and get off at “Shokubutu-Koen” ,