The basic knowledge of Awamori〜No.1〜 "If you know, you can drink more deliciously!

At the banquet in Okinawa, that you can be sure to drink this liquor. When you see the labels and bottles, you can't find the big differences with Shōchū. 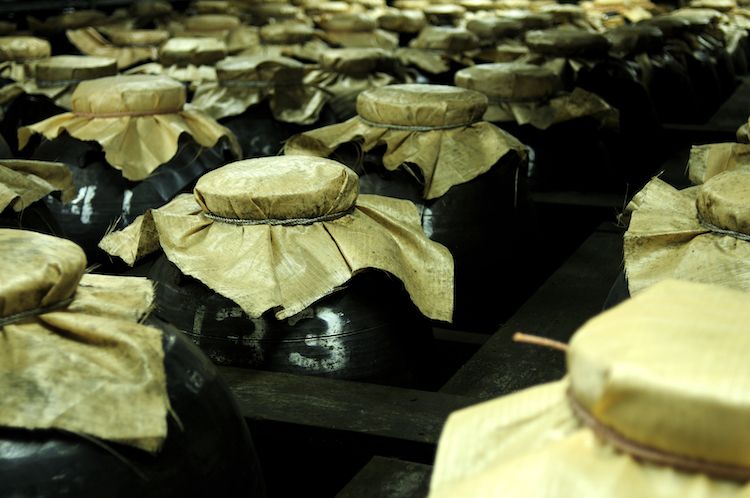 
Awamori is the oldest in japanese liquor?

In around 1500, Ryukyu has already traded with Satsuma.

In the history book that was found in Satsuma, there was a description about liquor like Awamori. So that we think " The making of Awamori in Ryukyus has already started in the 15th century".

From this fact, Awamori is said that "Japan's first distilled spirits" and "Root of authentic Japanese Shōchū."

Though nowadays everyone can enjoy Awamori, in the old days it was a high-grade liquor to entertain the royal family.

Awamori was used to everyone could produce freely. However in 18th century, Ryukyu's royal government began to manage directly and producing Awamori was only allowed in limited areas called "Shuri san ka".

Besides among the common people, not only producing but also drinking was severely restricted.

However, in the events such as festivals and wedding ceremonies, liquor (Awamori) was already essential so that "Moonshine"" illicit sale" was happened in various places.

The differences between shōchū and Awamori 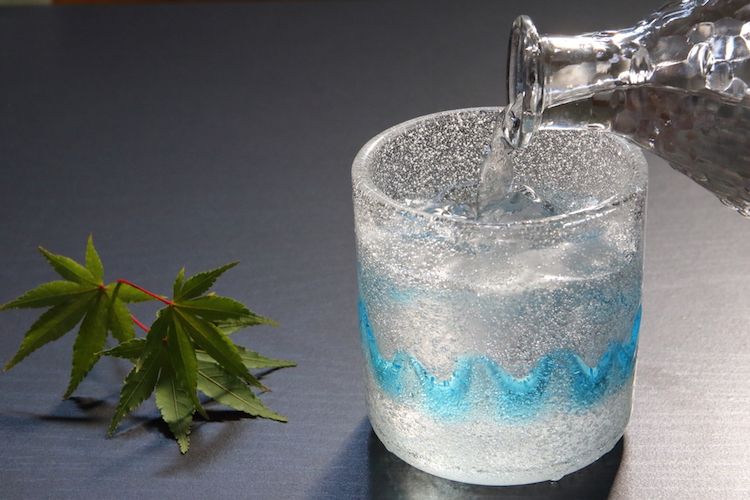 
Though it is said that Awamori is a root of shōchū, there are differences of ingredients and producing.

ingredients
Shōchū is made with "Japonica rice" which is commonly eaten in Japan. On the other hand,
Awamori is made with "Thai rice".

The several reasons are for example , Awamori has introduced from Southeast Asia including Thailand or Japonica rice was hard to get by in Ryukyu.

Besides "koji" used for saccharifying rice is usually white-koji for Shōchū and black-koji for Awamori.

Black-koji makes a lot of "citric acid" which suppresses breeding of bacteria that cause rotting of moromi(unrefined sake) . That is the reason why black-koji is used for Awamori which is made in high temperature and humid Okinawa(Ryukyu) .

Making process
For most of making shōchū, moromi(unrefined sake) is first made with malted rice ,water and yeast. After that add ingredients and water then ferment. It called "niji-shikomi(secondary preparation)". On the other hand, making Awamori is called"Zen-koji-shikomi(one time preparation)".

This is also the reason why your acid does not dilute, so it does not rot the moromi in Okinawa of the mild climate.

Though Awamori is said that the roots of shōchū, as you look at details of ingredients, manufacturing methods, etc., their characteristics are significantly different. 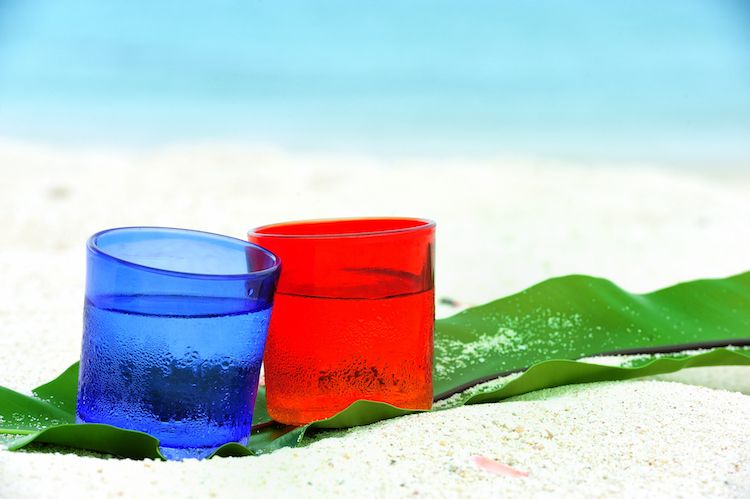 
Awamori has been loved by the common people of Okinawa (Ryukyu) for a long time. It is now commonly drunk throughout Japan.

Although many people think of an image such as "strong taste " or "strong fragrance" for Awamori, it is evolving day by day and you see new "trend" of Awamori.

Strong taste / bad smell of Awamori is over
Currently many kind of Awamori are on sale, and its taste varies greatly depending on the type. There are an ordinary strong taste of Awamori and also there are many other smooth awamori with no peculiar taste.

In addition, the negative image of Awamori is, there is also a surface reminiscent of moonshine era is affecting.

Producing technology has also evolved at present. So cheap and high-quality Awamori has also increased. Even if you drink Awamori with water/soda, you still can enjoy the rich taste.
So that it is often said that " Awamori is a liquor suit for during meal".

Using for cocktails
It is often enjoy to drink cocktails using Awamori among the younger generation.

"Awamori Tonic"" Awamori ginger""Awamori cola" that use Awamori instead of gin or vodka are popular.

Also at the bar in Okinawa, they often have original Awamori cocktails.

Cocktails mixed with fruit or amazing combination cocktails. There are lots of types of cocktails. Recommended for Awamori beginners, women who do not often drink liquor.

"What is the origin of the " legendary sake"? Approach the history and its attractiveness of the super famous sake "Koshi no Kanbai"!