Osaka and Hyogo Pre. have a lot of popular spots of Kansai-area. Kansai-area has various events such as red leaves and festivals in autumn. There are not only traditional events, but also modern arts and events enjoyable with kids. We picked up the recommended events to be held in October, so why do not you visit them when you visit Kansai? There are lots of recommended spots in Kansai in autumn!

Event to experience the traditional culture and know the history

Himeji Castle Nishi-Oyashiki-Ato Garden “KOKO-EN”, which is a new cultural place dedicated to preservation and utilization of the cultural heritage with approximately 33,000㎡ of Japanese garden, was built as the 100th anniversary of the municipal system.

“KOKO-EN” is about 33,000 ㎡ of full-fledged Japanese garden whose scenery integrates the view of the World Heritage Himeji Castle. It consists of nine gardens, such as Oyashiki-no-Niwa, Tea-ceremony room, Cha-no-Niwa, etc. The garden that embodies Edo’s emotions is used as a location for a historical drama.

In the garden, Moon Viewing Party is held at the time of the harvest moon. On that day, in addition to lighting up each garden at nightfall, performances of Japanese musical instruments and the moon view tea ceremony will be held. The moon viewed comfortably in the Japanese garden is exceptionally beautiful and fantastic.

Why do not you keep in mind the beautiful moon in autumn, forgetting the daily hustle and bustle?

A party to see the moon is held in Himeji Castle near there.

After having enjoyed the moon at KOKO-EN, it might be a good idea to take a walk around Himeji Castle on the moonlit night.

*When rainy, it will be held on October 5th.

Summer Exhibition ”From Toyotomi to Tokugawa …”

Osaka Castle, which was built in Azuchi-Momoyama era, is a Japanese castle remodeled in Edo era, and currently located in Chuo-ku, Osaka city. Another name is “Kinjyo.” It is designated as a special historical site of the country.

Toyotomi Hideyoshi put an end to the Sengoku period, bringing peace and security to the country. However, the reign of Toyotomi did not continue for a long time, and the Tokugawa shogunate had the right to rule.

The exhibition “From Toyotomi to Tokugawa …” is a valuable opportunity to see human drama occurred in a major turning point of the system with first-class historical materials.

What kind of drama was occurring during the period of “From Toyotomi to Tokugawa …”? While looking at these materials, let’s unravel the history of Japan.

Those who are 65 years old or older, residing in Osaka City, below junior high school students (proof of necessity), and Person bringing the ID card showing a handicapped person are free

Event to enjoy the nature

Akashi-kouen is as urban park built around Akashi castle ruins, which is managed by Hyogo prefecture.

“Akashi Castle” is a castle built by Ogasawara Tadazane, who was the great-grandson of Tokugawa Ieyasu, ruled Akashi, Miki, Kako and Kato’s 100,000 koku.

It is also chosen one of the “Sakura’s 100 favorite sights”, and it is also known as the cherry blossoming spot where about 1,000 Yoshino cherry trees are in full bloom in the season around the time.

“2017 Hyogo Machinami Garden Show in Akashi” will be held with the theme of “a heartfelt city planning with flowers and greenery”.

Decoration for Moon Viewing in Kinosaki-Onsen

Kinosaki-Onsen faces the Sea of Japan in the northern part of Hyogo Prefecture, spreading along the tributary, Otani River of the Maruyama River.

Kinosaki-Onsen is the hot spring town having the history of 1,300 years, having developed mainly centering on around seven open air hot springs (communal bath) such as “Kono-yu” and “Mandara-yu.”

It is also a place that was loved by many writers and artists, and got to be known for its name in Japan as the stage of the novel “Kinosaki nite” by Shiga Naoya..

“Taiko Bridge” and the weeping willow over the Otani River will make you feel the hot spring emotion unique to Kinosaki.

The street of the town is relaxing like a hot spring town, and it is full of the atmosphere that makes you want to take a walk. Why do not you enjoy the moon at Kinosaki-Onsen?

When it is “Harvest moon”, the decoration for moon viewing is set on the seven open air hot springs of Kinosaki-Onsen and “Taiko Bridge” over the Otani River

While weeping willow is lighted by the light of the moon, let’s enjoy strolling in the hot spring town full of emotions, cooling off in the evening.

Tamba chestnut (Tanba-kuri) is the kind of chestnuts grown mainly in Tamba and Shinoyama region of Japan. It is also called “Oguri.”

The climate of Tamba is suitable for cultivating chestnuts. Thanks to repeated improvements, climates such as the dense fog unique to the Tamba district, and thanks to farmers’ efforts, Tamba chestnuts are said to be the best flavor of chestnuts in Japan.

Because of the great taste, Tamba chestnuts dedicated to the court and the shogunate spread its reputation, spreading throughout the country through the participation of Sankin-kotai.

“Tamba chestnut eating walk fair 2017” to appeal that big sweet Tamba chestnuts will be held at the shops and the chestnut gardens in Sasayama-city and Tanba-city. We can enjoy various wide variety of sweets, cuisine etc. of Tamba Chestnut in autumn of Tamba area. Why do not you go and see that taste?

The World of Cut Paper living in nature

– Lives born at the studio in the mountain –  by Imamori Mitsuhiko

Imamori Mitsuhiko, who is familiar with nature as an “animal boy” from a young age, and still lives while taking care of rice field and forests in the mountain.

In this exhibition, over about 250 latest works such as the selected photographs and cut paper born at his studio in the mountain will be displayed, touching Mr. Imamori’s life & fashion close to the rich nature and the change of the four seasons By his works that increased its beauty and delicacy, kindness and strength, you may feel the original joy and peace of being familiar with nature.

Imamori Mitsuhiko was born in Otsu-shi, Shiga Prefecture in 1954. After graduating from university, he studied photography technology by himself and became freelance photographer from 1980.

Since then, he built the studio in the country that sees Lake Biwa, pursuing the relationship between nature and human beings on the viewpoint of “Satoyama”, while continuing to pursuit the ecology of living organisms from tropical rain forests to the desert and collect news widely through the frontier of the world,

Let’s feel the rich sensitivity raised in nature from his works.

*Both the special and permanent exhibition included 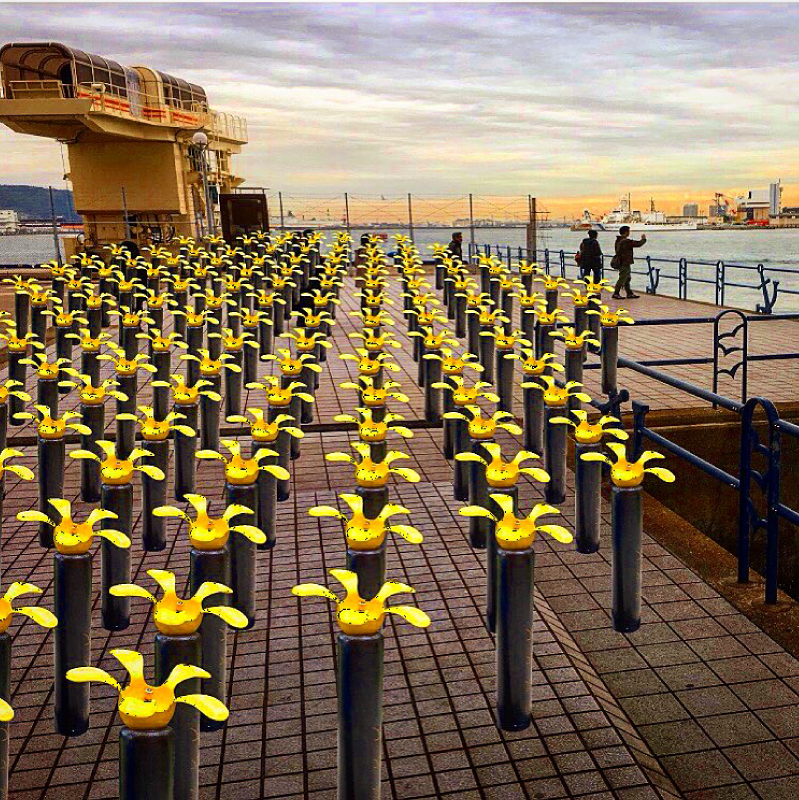 Based on the 150-year history that Kobe developed as an international city along with the port,

“Port City Kobe Art Festival” will be held for one month with the theme “Tick the time, to the large extent.”

Kobe Port is a port in Kobe City, Hyogo Prefecture. It is designated as an international strategic port under the Port Law. It is one of the major international trade ports in Japan (the five major ports) and has received designation of super central port together with Osaka Port.

In the event to be held at Kobe Port, a popular pleasure boat “Kobe Sea Bus Fantasy” will be operated as a boat for seeing the art. You can enjoy three-dimensional works and installation arts that change the expression every moment by moment depending on time and climate, exhibited against the background of Kobe’s townscape and the mountains of Rokko.

Also, in the terminal where a large passenger ship enters and Kobe Airport, the video works will be displayed. That is how the unique art festival like Kobe will be held.

Let’s check the event you can enjoy art as well as the history of Kobe.

6 cruises on weekday except for 12:00 cruise

The opening hours except it depends on each facility.

5 minutes on foot from “Minato-Motomachi Station” on the subway

10 minutes on foot from “Hanakuma Station” on Hankyu Line

10 minutes on foot from “Nishi-Motomachi Station” on Hanshin Line 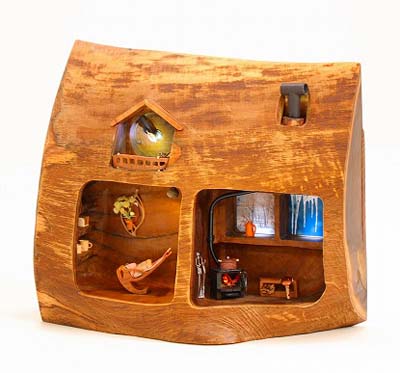 Tamba is a city located in the middle east of Hyogo Prefecture. The northeastern part of Tamba adjoins Fukuchiyama-city, Kyoto.

In the surrounding area of Tamba, there are some sightseeing spots such as the greenery camp resort “Mori-no-Hitotoki”, the oldest Japanese “Meiji-no-Tunnel” as a tunnel of brick laying method, and “Takakura Jinja” rebuilt in 1705

In 2017, as an exhibition commemorating 30 times, “General Department” exhibits works with the theme of the number “30”. Free works and entries from “Junior Department” are also introduced. The playful handmade works made of human-friendly wood, from works along the theme until free works, melt the hearts of the viewers. The shape of the figure 30 seems to be soft, and it is interesting to see what kind of work is there.

(If the national holiday is Monday, the next day will be closed.)

About 5 minutes by car from Kaibara Station on Fukuchiyama Line 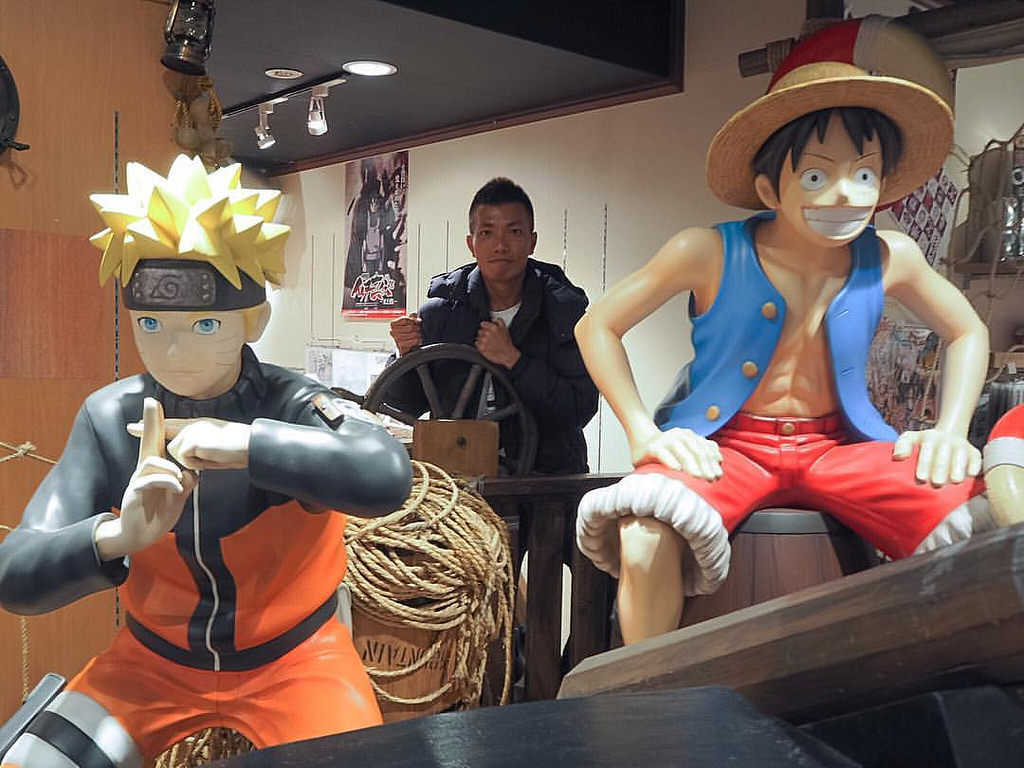 “Universal Jump Summer” is an event that realizes the collaboration with “Weekly Shonen Jump” magazine and that makes adults enjoyable.

The popular works, including the special version “One Piece” which celebrated the 10th anniversary of the holding, “Dragon Ball” which increased power, and “JoJo’s Bizarre Adventure” “Gintama” newly participated.

Let’s experience the world of “Jump” with overwhelming quality, realized by the collaboration between “Universal Studios Japan” and “Weekly Shonen Jump.”

In the collaboration, you can enjoy the various contents that can experience the world of Jump’s works.

Real Live Show “One Piece Premiere Show 2017” that exceeded the cumulative number of one million people will be performed, as well as a real and sublime air battle “Dragon Ball Z · The Real 4-D” powered up.

Let’s go to the event which will be held at overwhelming quality and scale, with its scale and period expanded dramatically. Anime fans must see!?

During the period, you can ride “SL Man” running around the museum, and you can fully enjoy the Anpanman World.

It is a lot of fun inside the museum.

You can put in “Anpanman-go”, a big slide, a corner where children can play in the bakery of “Uncle Jam” and Yanase Takashi Theater (you can see a show).

There is also a square that you can play with “Anpanman balls”, and a corner where you can experience handmade experiences, and it is a space where children can enjoy without getting bored.

It is a stage of about 15 to 20 minutes, but it is an event that you can enjoy with parents by children dancing to Anpanman’s songs and daddy participating in songs.

Why do not you enter the museum and enjoy Anpanman with your kids, as well as ride “SL Man”?

8 minutes on foot from Kobe Station on JR Kobe Line

8 minutes on foot from Harborland Station on Subway Kaigan Line