“Asakusa Hoppy-dori” is an old downtown street in Asakusa. Along the street there are many “Izakayas” (pubs). They have a very local ambience and even during the day time some people are drinking at “Izakaya”. This street is getting very popular among foreign tourists for its locality. In this issue we introduce one of “Izakayas” called “Sho-chan” on the “Hoppy-dori”.

If you would like to go barhopping in Tokyo’s Asakusa, check >>Recommended Izakayas & Bars in Asakusa Hoppy Street to experience old-fashioned Japanese taverns”

“Izakaya Sho-chan” was opened in 1951. It is famous old “Izakaya” on the street for more than 50 years. They started “Nikomi” (a stew) for the first time in the area. The sauce for the stew is uniquely tasty and has been the same old sauce since the beginning adding new sauce to old one. Though the pub was renovated in 2015, it still retains its original atmosphere. It is not very large inside and not to mention cramped, but it has its own friendly ambience. Often customers next to each other get friendly easily. It is the uniqueness to “Izakayas” on “Hoppy-dori”, and makes them very popular. There are tables even outside covered by parasols and vinyl sheets. It became a famous tourist spot now. 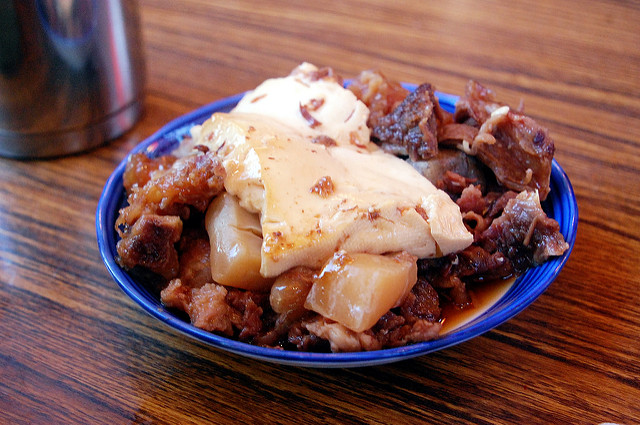 In this old pub you should try first “Gyu-nikomi” (a beef stew), most popular at “Sho-chan”. “Gyu-nikomi” with a lot of ingredients such as beef, soya sauce, brown sugar, onion and “Kon-nyaku” (jelly-like food made from the starch of devil’s tongue) is stewed for a long time till they become melting soft. “Morokyu” (a cucumber for a side dish) and “Daikon-ni” (s stewed radish) are also highly recommended. To conclude your course you should try “Gyu-meshi” (rice with “Gyu-nikomi”). It is a must try menu and satisfaction guaranteed. 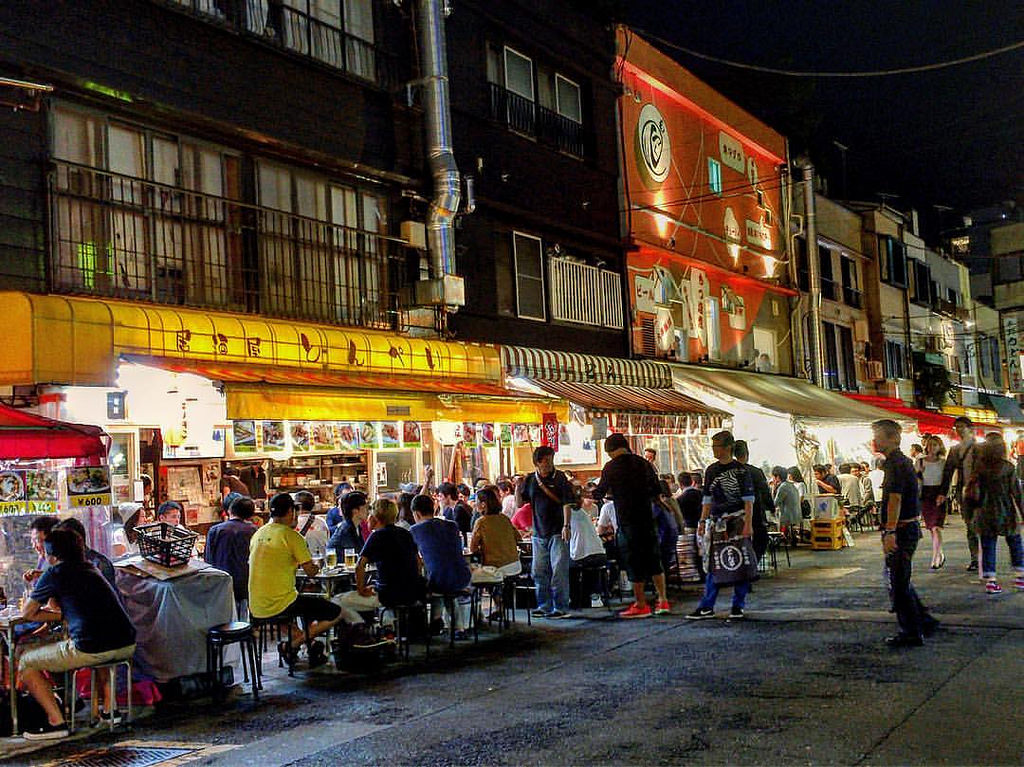 The name of “Asakusa Hoppy-dori” derived from an alcohol drink called “Hoppy” which is served at restaurants in this street. Since “Hoppy” taste like beer and beer was expensive those days, people used to drink “Hoppy”. In a downtown like Asakusa it became local specialty. Here people like to drink going pub-to-pub in the same night. Why not try it like locals? With peculiar friendliness in the area you will get friendly with strangers. That is fun!

Exploring Tour: Let’s Have a Drink in Alley-ways of Asakusa!

There is a Tokyo bar hopping night tour going around the alley-ways of Asakusa to explore “Izakayas”. Since our guides take you to popular “Izakaya”, show you how to drink and explain their cuisines, you can enjoy “Asakusa” thoroughly without problems. They also show you photogenic spots therefore good for the sight-seeing as well.