Asakusa is a working-class area that is full of history and culture and is located in the downtown section of Tokyo. You can explore various sightseeing spots like temples and shrines, but Asakusa also has an impressive selection of izakayas and other good restaurants, where you can bar hop and enjoy a night out. In this article, we’ll introduce shops serving monja yaki, a local specialty of the area. Take this opportunity to try the local foods of Asakusa. 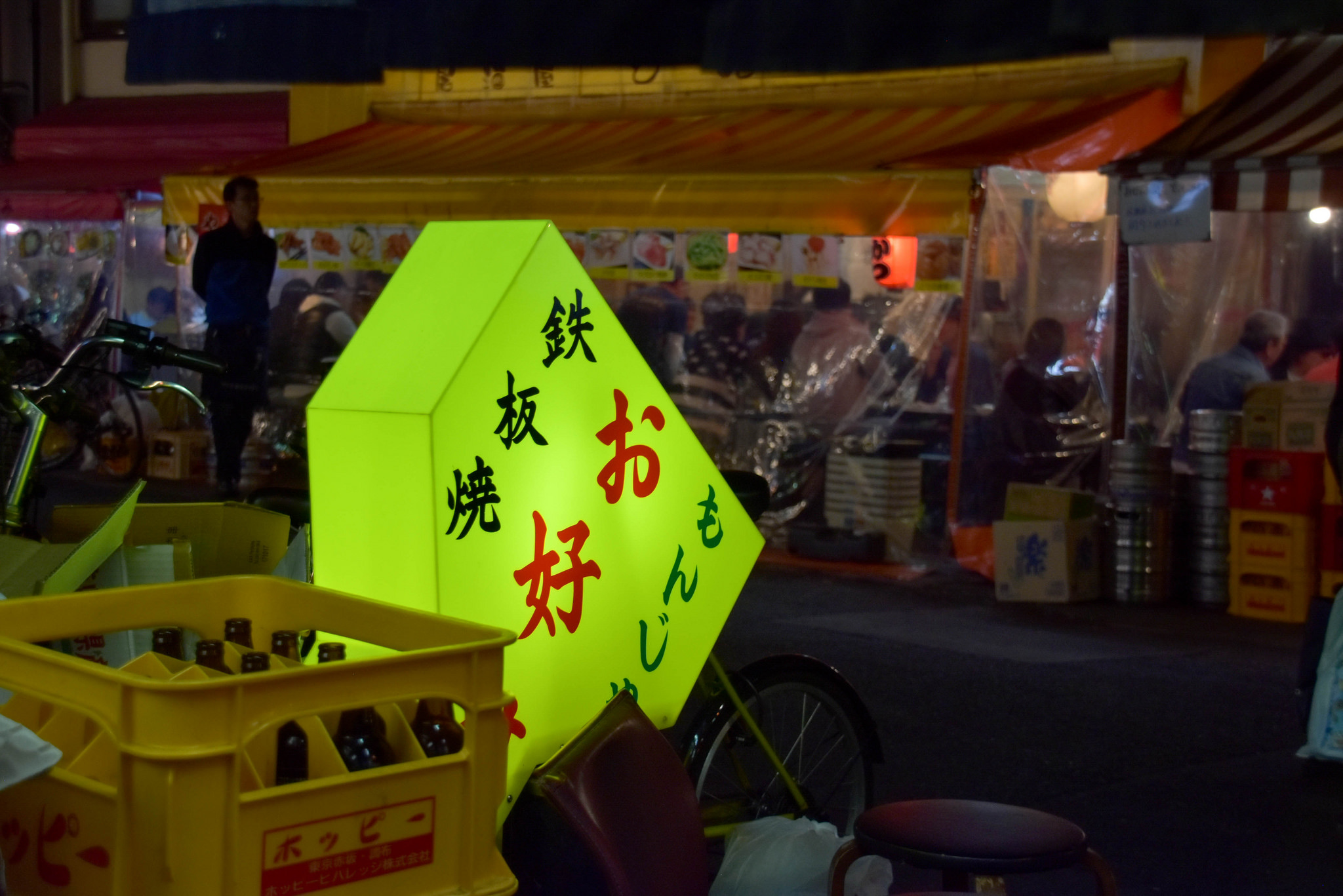 Tsukushi is a shop located behind Denpoin on Asakusa Hoppy-dori, which is a street lined with izakayas. The shop has a vintage feel but is frequented by people of all age groups. It gets crowded, so we recommend visiting before peak times. The menu is extensive and there are numerous toppings that you can choose from. We recommend the “Gekikara”; it means “super-hot”, but it’s not too spicy. The dish is salty-sweet with an accent of spice. It pairs well with alcoholic drinks like beer and highball. Try this dish during your bar hopping excursion. 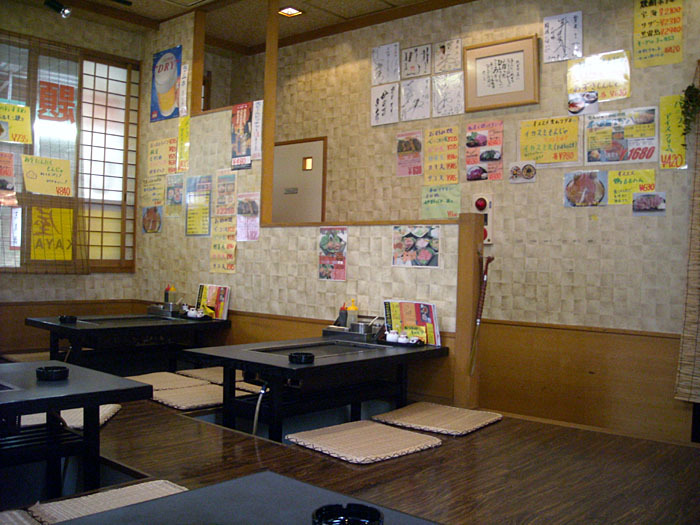 Asakusa Monja Hoyu is located 5 minutes on foot from Asakusa station Exit 3 on the Ginza subway line. It’s located on the second floor of a building that stands at the intersection of the shokutsu-gai inside the Asakusa Sushiya-dori shopping street. Hoyu serves dishes with sizeable portions, including the voluminous seafood monja and hoyu monja, which is loaded with beef tendon. They also offer an all-you-can-eat/drink plan for 90 minutes at 3,024 yen. Monja is a perfect stop for a night of bar hopping, so make sure to give it a try. The large dishes are great for sharing with a group. 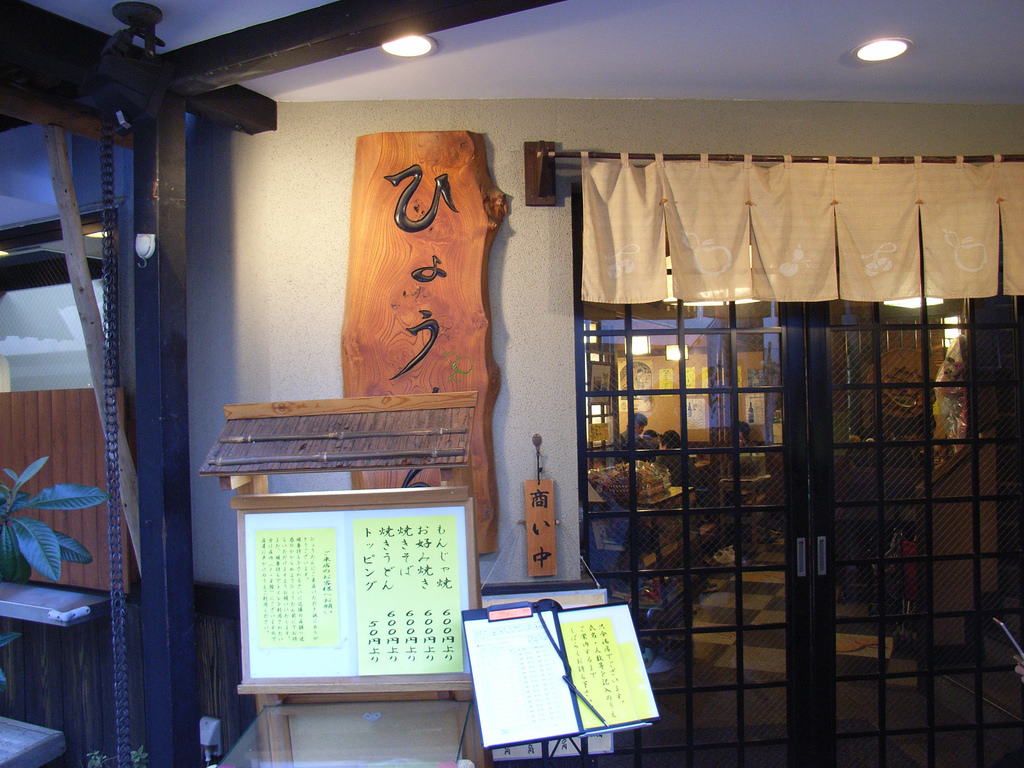 Edo Monja Hyotan is a buzzing spot in Asakusa. Due to its popularity, Hyotan is regularly crowded. The specialty at Hyotan is the original monja yaki, which comes in various flavors including mentaiko cheese and shrimp tokoroten – flavors that you can’t find elsewhere. Also, you top the monja with soy sauce, instead of the regular sauce; this flavor is characteristic of a classic establishment and is one highlight of Edo Monja Hyotan. Savor the Japanese flavors of the monja yaki, which is prepared using dashi and soy sauce. Classic establishments like Hyotan tend to have outdated dining spaces, but Hyotan has a modern décor, making it appropriate for dates as well. 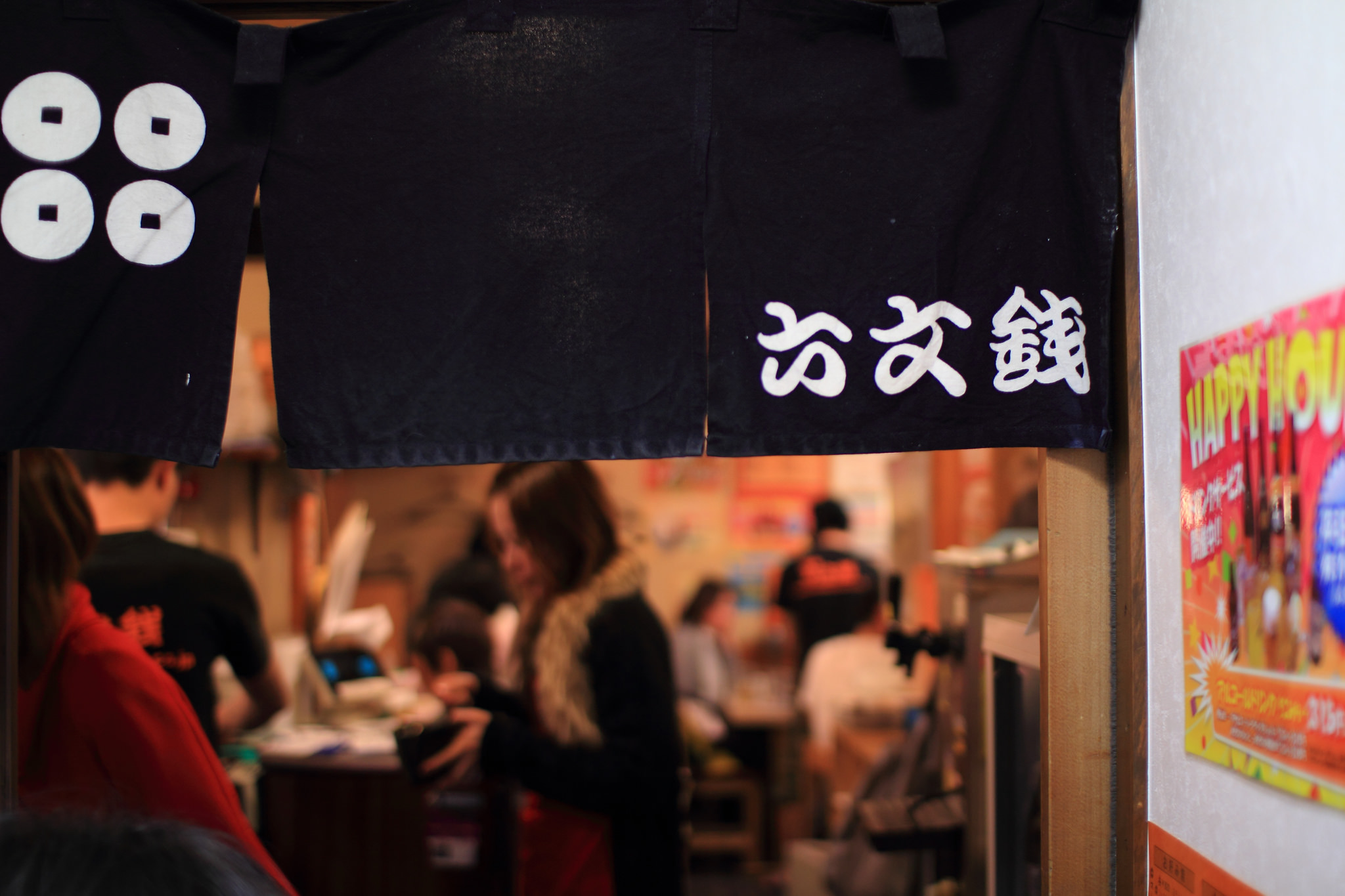 Rokumonsen is a compact shop that retains an old-school, downtown vibe. It’s open throughout the day and night, so you can stop by for a snack or when you want to start drinking early. Rokumonsen has kept the same flavors from when monja yaki was still a snack served at little snack shops called dagashiya. Try the original flavors of monja yaki here. The monja yaki comes in various flavors including camembert cheese monja, which contains whole pieces of camembert, and pizza monja, which contains a harmonious blend of tomato and cheese. In addition, Rokumonsen serves okonomiyaki and teppanyaki. 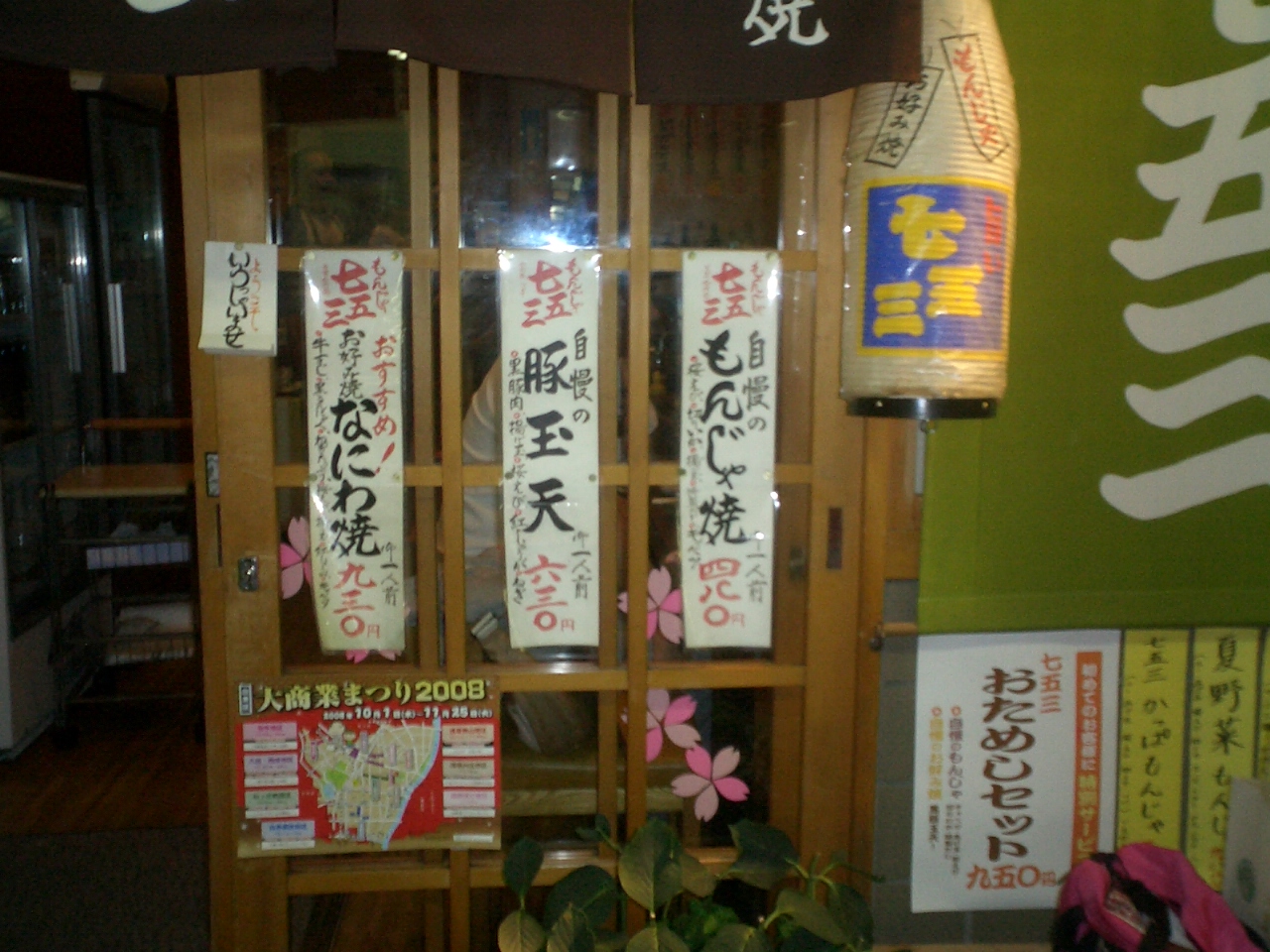 Asakusa Monja Shichigosan is located 3 minutes on foot from Asakusa station on the Tsukuba Express line. It’s situated right by the Kappabashi intersection. In addition to monja yaki, they serve various foods like okonomiyaki and teppanyaki. The shop sources high-end flour from Osaka for the okonomiyaki/monja yaki and “Karakuchi Doro Sauce” from Kobe, the home of okonomiyaki, for the sauce. Further, the shop only uses natural spring water for cooking and table water. Finally, the shop stocks a wide selection of famed sakes, so it’s an ideal stop for a night of bar hopping. The shop owner speaks English. Make sure to enjoy both the food and social interactions. 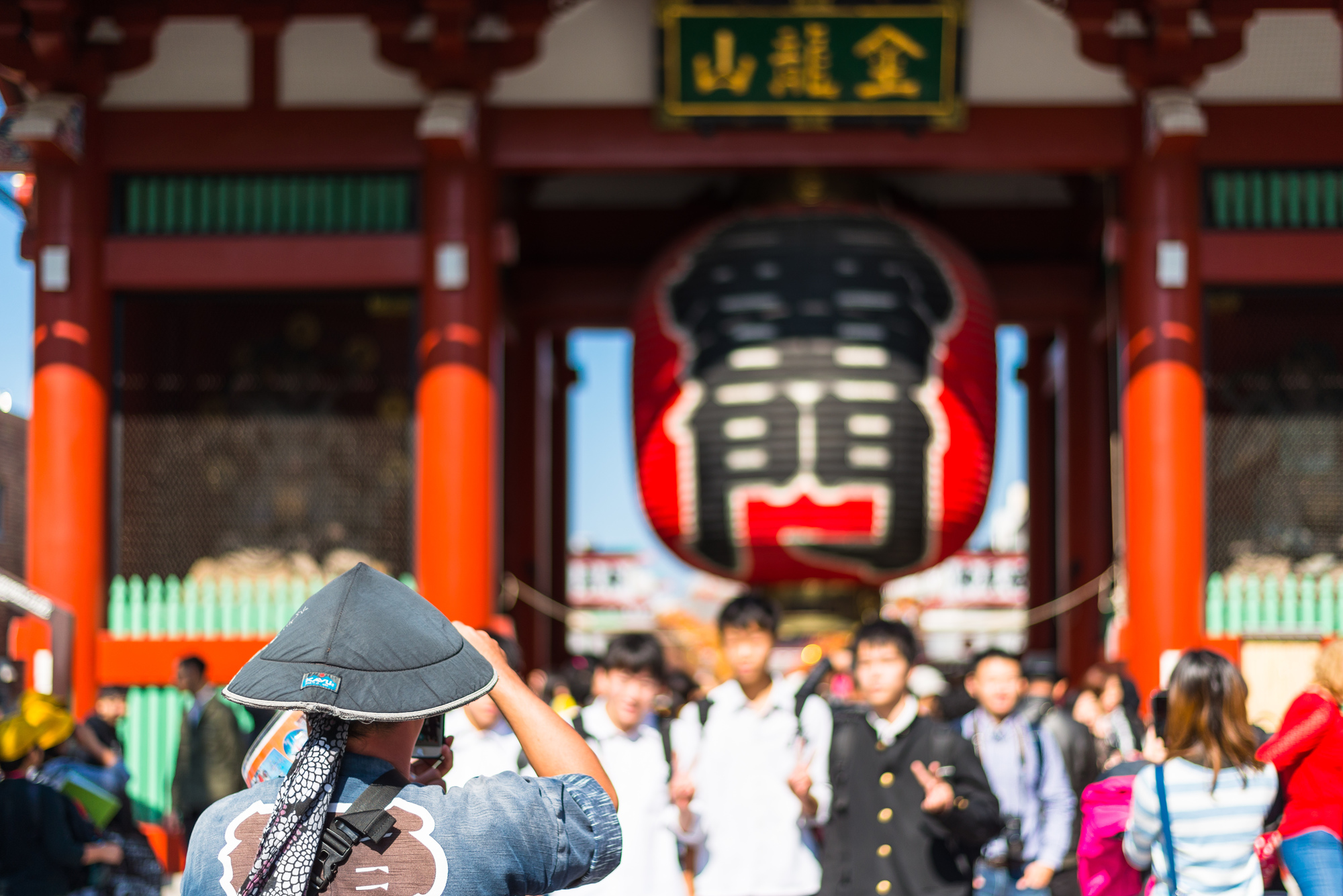 Asakusa had prospered as a downtown area, even when the capitol of Japan was in Kyoto. The working class, downtown area is called “Shitamachi”. In the 1600’s, the capitol was transferred from Kyoto to Edo (Tokyo) and, since then, commerce, culture, and the arts have thrived in Asakusa. One factor for the development was Sensoji. Asakusa has thrived, partly because it neighbors Sensoji. Asakusa also has a developed culinary scene, thanks to the long history of the area. Explore the temples and shrines and taste the local foods to experience the culture that has been cultivated by the people of Asakusa. You’ll feel the history of Japan.

Savor the Delicacies of Asakusa! 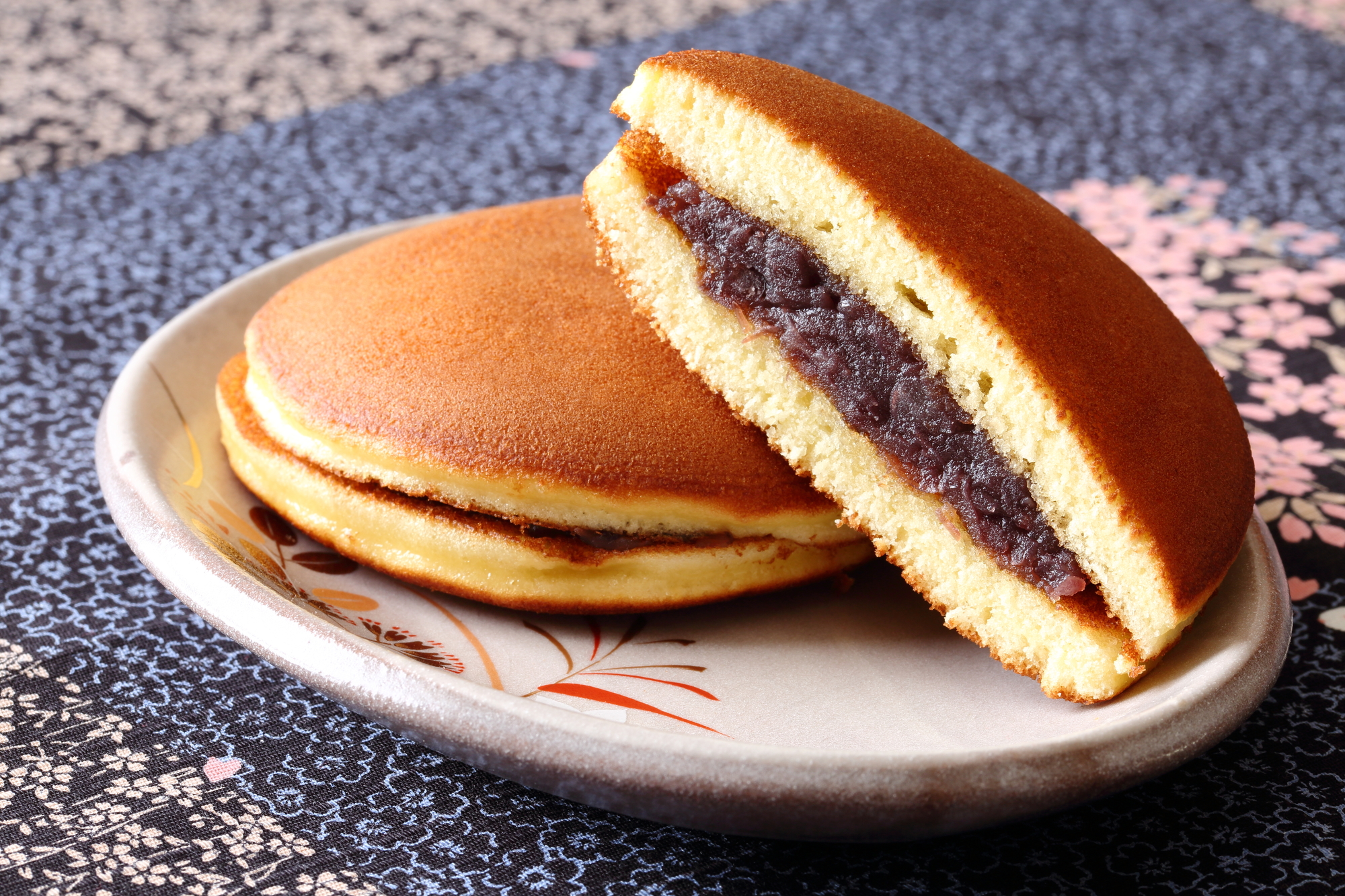 Asakusa has numerous specialties including loach cuisine, monja yaki, and soba, but the sweets are also worth checking out. Kameju is a popular store in Asakusa for dorayaki. The hand cooked dorayaki has an uneven surface because of the manual cooking method and has a soft exterior; you can tell that it’s good simply by the looks! You can snack on them while exploring the town or buy it as a souvenir.

Asakusa has many attractions, including temples/shrines, nakamise, art museums, and museums. If you’re stuck for where to go, try joining the Asakusa tour. A guide will lead you to various recommended attractions. Afterwards, you’ll head to izakayas. Enjoy a memorable time with your guide and fellow tour members.