Many foreign tourists come to see Japanese history and culture in Asakusa. There are many historical buildings such as shrines and temples. And also they have many Izakays where you can try Asakusa local food. So you can even try barhopping. In this article, we will show you recommend “Tsukushi”, where you can get an Asakusa popular local food monja-yaki! 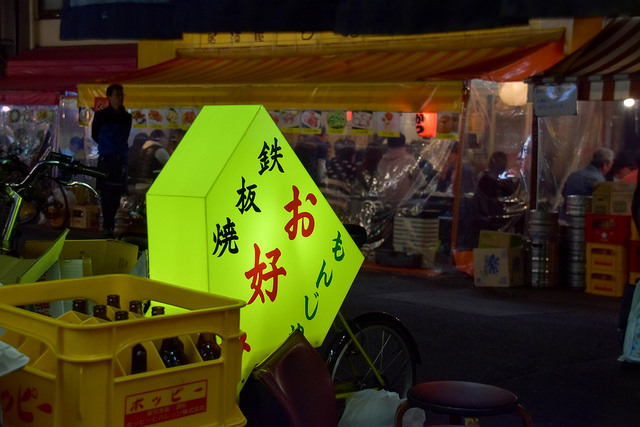 Among many famous okonomiyaki or monjayaki shops in Asakusa, “Tsukushi” is one of the most famous shops. This shop is located in Hoppy-dori Street that is behind the Denho-in. This street has many izakayas on the road and is lively even early time with many people. You will see it’s a bit old inside, but there are always many customer of all age. Because it is always crowded, you would better visit earlier. What characterizes “Tsukushi” is they have many dishes! And each dish has plenty of ingredients. You also have various toping choice. The recommended monja-yaki is “Gekikara” and “Gomoku.” “Gekikara” means very spicy, but because it’s not so spicy, you don’t need to worry so much. It tastes a bit spicy, salty and spicy. It goes well with alcohols such as beer or whisky and soda. “Gomoku” literally means “5 ingredients” and so it has 5 kinds of seafood. This monja-yaki is so substantial! You would get full and satisfied! 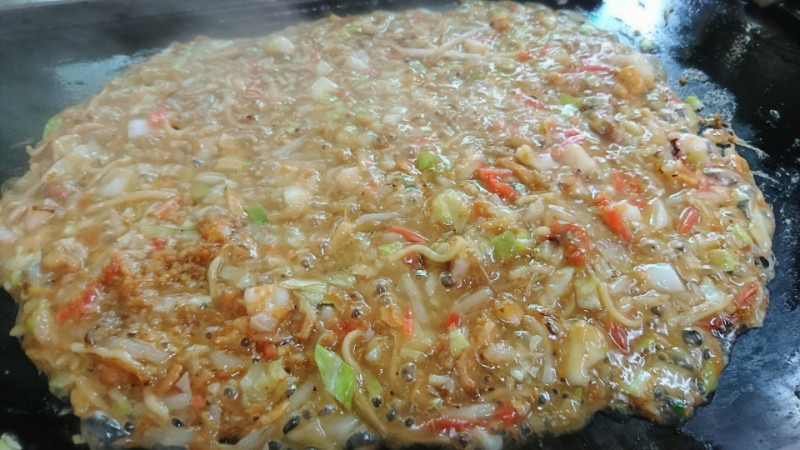 Among various monja-yaki dishes in Tsukushi, the most popular one is “Gomoku.” It has great ingredients such as raw squid, cut squid and Sakura shrimp! This seafood monja-yaki is must try! Monja-yaki used to be sold in cheap candy shop, but it has so developed and you will be so satisfied! 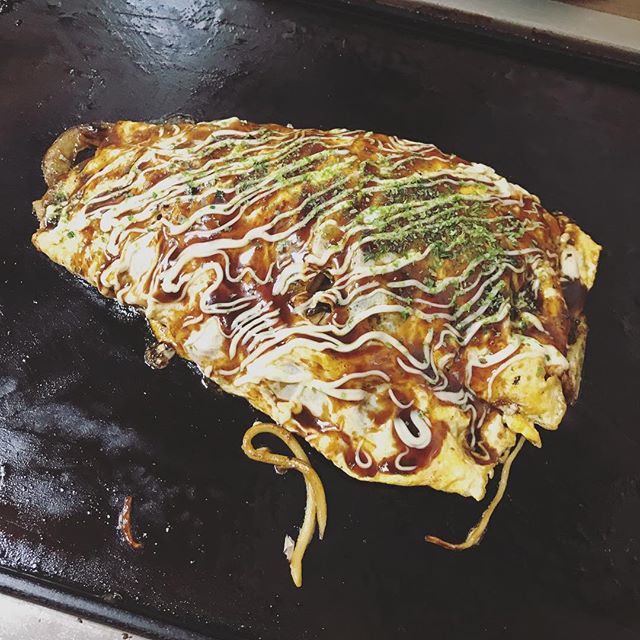 Other than Monja-yaki, Okonomi-yaki is also popular here. We recommend “Deluxe.” It has many ingredients such as squid, shrimp, minced beef and ribs of pork. This is one of the recommended dishes in Tsukushi. They cover this with very tender egg to complete it!

The History of Asakusa

Asakusa was already busy area since the capital of Japan was Kyoto. We call this kind of area “Shitamachi”, where Japanese culture of ordinary people exists. After Japanese center has moved to Edo (current Tokyo) around 1600, Asakusa has developed culture, business and entertainment. It is said Asakusa has developed because it was a temple town where many worshippers came. The Asakusa local food has the history, as well. Let’s feel the culture that old Asakusa people has developed by going to temples and shrines and eating Asakusa local food! Although Asakusa has various food such as monja-yaki and loach food, we recommend you to try soba because there are many famous soba shops in Asakusa. “Namikiyabu-soba” is one of those greatest soba shops. It has a long story since 1913. You can eat very standard taste of nice soba. Because it gets crowded during lunchtime, it would better go before or after the time.

I know it’s interesting to visit shrines and temples. But if you want to know deep Aasakusa, join this tour! In this tour, an experienced local guide will bring you to recommended photo spots and nice izakayas. You can get delicious food while meeting new people!