The weather in Tokyo can fluctuate drastically in the summer. For example it could be very sunny, hot, and humid on one day then down pouring of rain the next. Since Japan is an island nation, the weather that causes the most havoc are from Typhoons or in western terms Hurricanes.

The Calm before the Storm

That day, before the night tour, I went to Chofu city to do European fencing practise. The weather was not bad, it drizzled rain just a little but was not windy or pouring rain. Having not fenced in 5 years, it was a great experience to get some exercise and work out. Needless to say after practise, my legs were gone and I only managed to score 1 out of 20 points. After practise was over I took my gear and headed over to Shinjuku to meet my friend and guide Ryo who was doing a Tokyo Bar Hopping tour that day. While on the train towards Shinjuku, the weather took a turn for the worst. 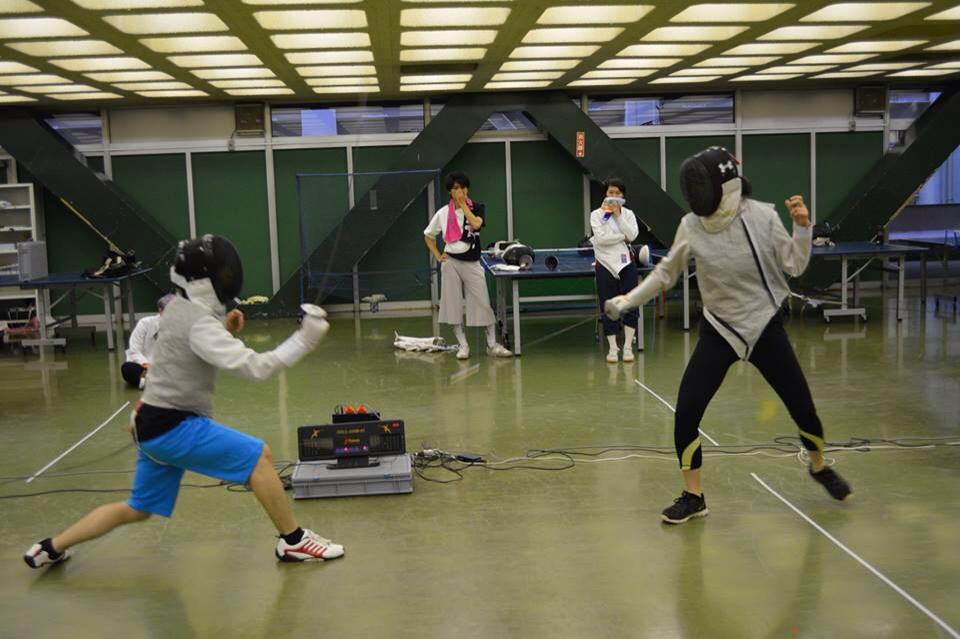 On the train I noticed outside the window that the sky became very cloudy and dark and rain started pouring like crazy. My train had some delays but overall I was able to make it to the tour. When I got out of the station, the wind was very very strong to the point where I thought that my umbrella will break any moment.

Despite the day being a typhoon day, surprisingly many of the bars in Tokyo's Omoide Yokocho are open. I guess Japanese people are used to Typhoons and know when to open and when to close. Luckily the bar/izakaya that I met Ryo in was open. Ryo was with another customer, Erika, who was also on the tour and was her last night in Tokyo before going back to Korea. We got to know each other over food and drinks, it was like hanging out with friends even though it was our first time meeting each other. We chatted over various topics such as Japanese culture, Korean dramas, things that you normally see in America compared to things you see in Tokyo.

In Omoide Yokocho we ate alot of Yakitori or meat skewers, it was definitely the thing to eat if you are visiting Tokyo at night. The meat was delicious and the drinks complimented it nicely. We hopped through two bars in Omoide Yokocho before heading out to our last bar in Ebisu Yokocho. I have to say Ebisu Yokocho was a big shocker because there were so many people that day even though there was a storm happening outside. I guess people got the same idea, when there's a storm, go drink and enjoy the nightlife! XD. Our tour ended and we bid our farewells, it easily became one of my cherished moments as I dubbed this story was the Typhoon Bar Hopping Day in Tokyo! A fun tour meeting new people and discovering things together while laughing and having a great time over food and drinks.