Asakusa is a popular sightseeing destination amongst overseas travelers. Asakusa has an amalgam of attractions, such as the scenic townscape dotted with temples/shrines and Tokyo Skytree, among other spots. Further, Asakusa has dozens of izakayas, where you can indulge in bar hopping. In this article, we’ll introduce Yoshoku Yoshikami, a recommended restaurant located on Hoppy-Dori in Asakusa.

≫For other recommendations on restaurants in Asakusa, check out “Where to Eat and Drink in Asakusa? 5 Recommended Restaurants on Hoppy-Dori”. 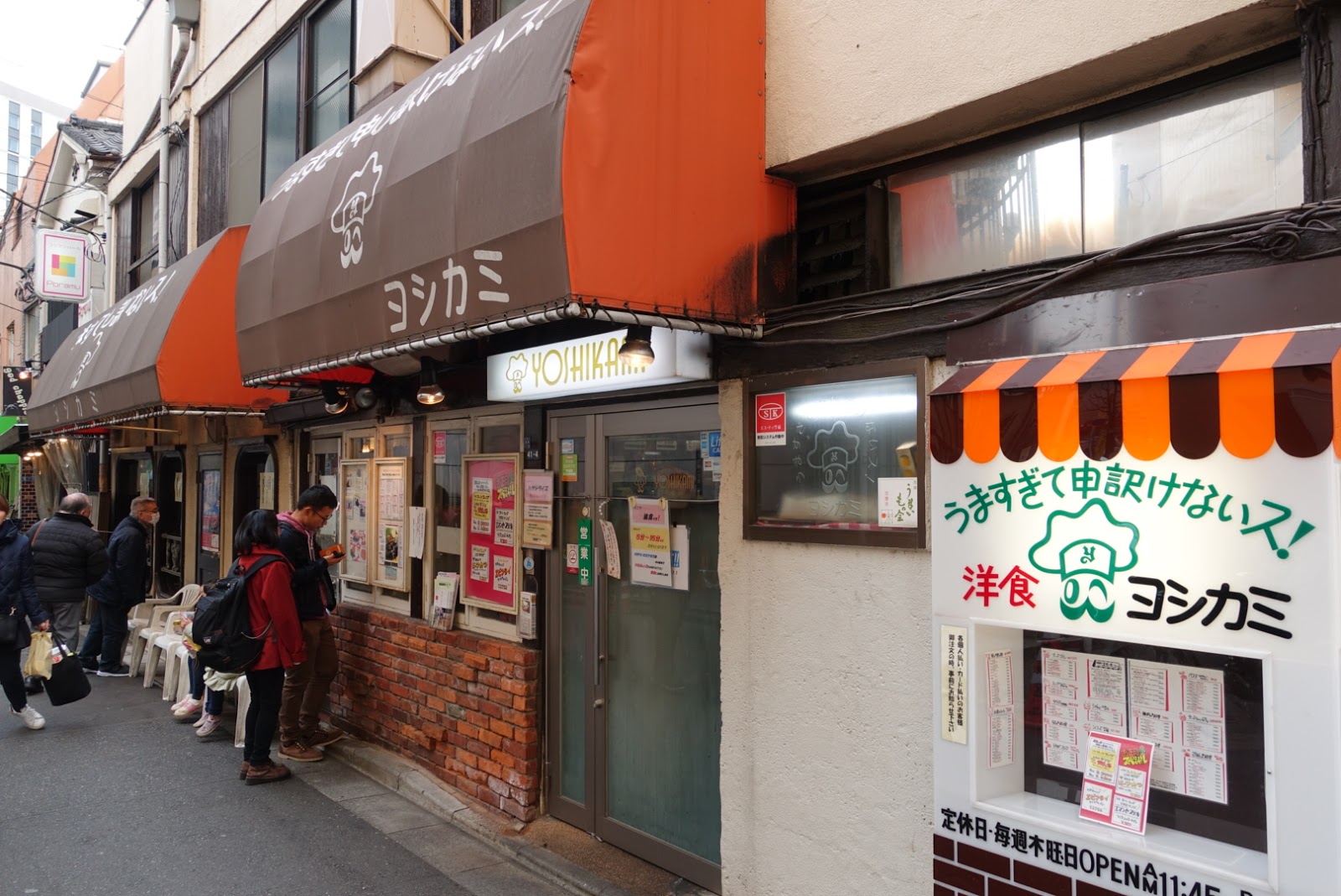 Yoshoku Yoshikami is a venerable restaurant and one of the more popular and renowned dining establishments in Asakusa. Asakusa has scores of vintage dining establishments with a long history. Yoshikami is one such diner. It was established as a small, counter-style diner with only 10 seats back in December 1951. The signage is inscribed with a playful slogan that says, “Sorry for being so delicious!”. Being in its 60th year, Yoshikami has fans both old and new. The menu lists steaks, beef stews, hamburg (a meat patty), spaghetti, and sandwiches, among other dishes. The dishes at Yoshikami are distinguished by the Japanese and Yoshikami-specific touches that have been added to western foods. The retro interior is charming. The diner is regularly featured on various media and it is bustling with salarymen and office ladies during lunch hours. The customer flow is slightly slower during dinner hours, so you can dine in a laid-back setting. Prices are slightly higher than average, but why not treat yourself to a gourmet meal of Japanese-style western foods at a respected establishment? 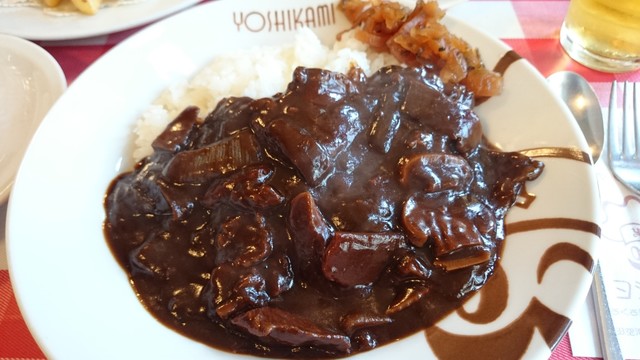 Yoshoku Yoshikami has an extensive roster of Japanese-style western dishes that are both delicious and popular, but one dish that stands out is the signature hayashi rice (Japanese-style beef stew). The stew is almost black in color and looks indulgently rich. It costs 1,300 yen and is a popular lunch dish that sells out at certain times of the day. If you’re looking to eat hayashi rice, we suggest heading to the diner a little early. 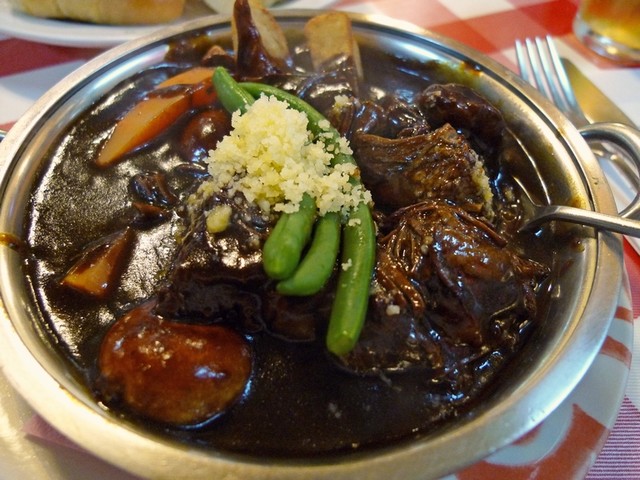 Beef stew is a staple of Japanese-style western food in Japan. Beef stew is also Yoshikami’s signature dish. It costs 2,450 yen, so it’s a bit expensive, but it’s certainly worth the outlay and there are many fans of the dish. Some even say that it’s the best beef stew period. The large chunks of meat are meltingly soft. It’s an exquisite dish that you should taste at least once. 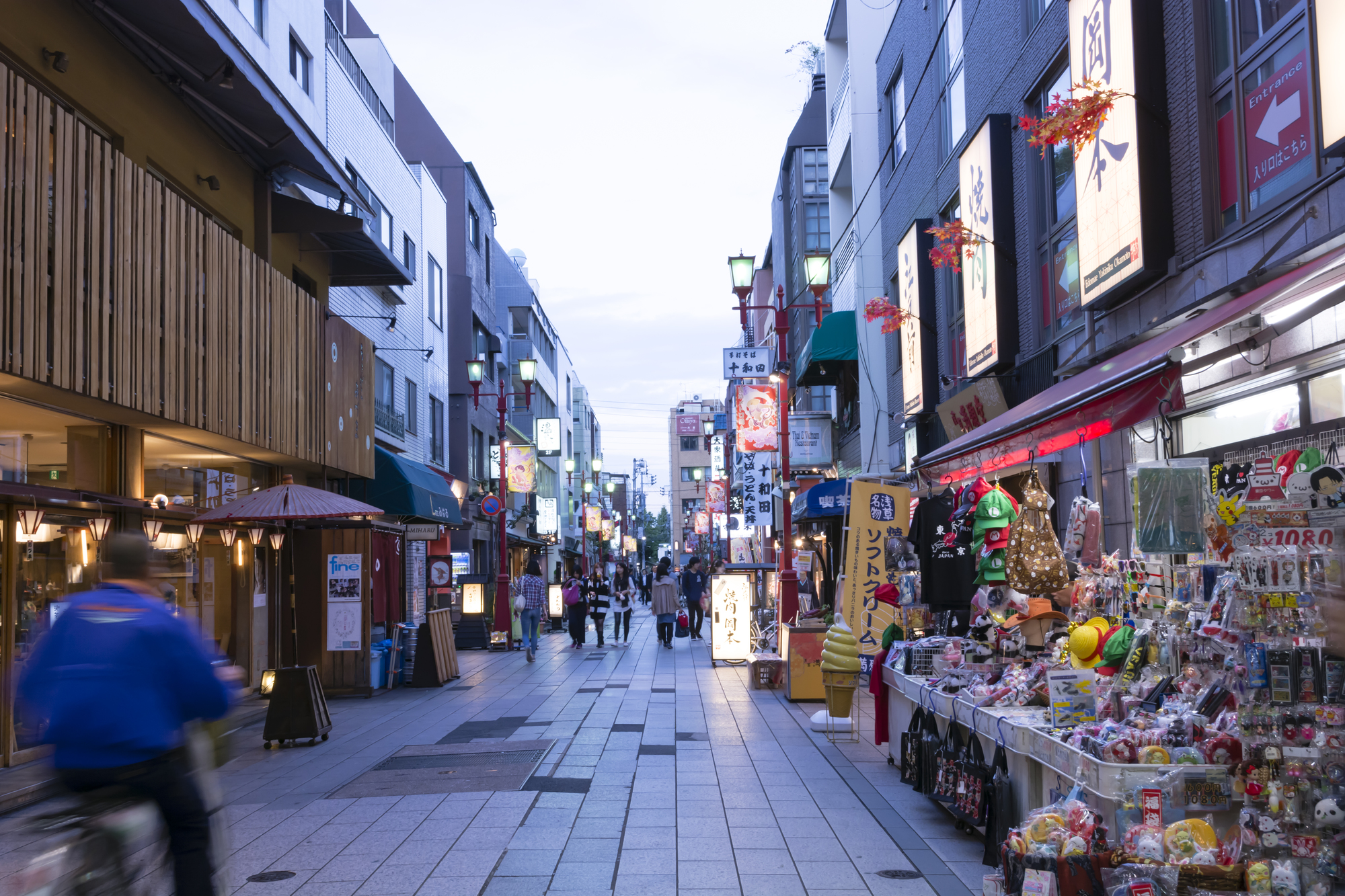 Asakusa is an ancient town with a long history that precedes the transfer of the capital from Kyoto to Edo (Tokyo). Asakusa has a rich history and has thrived as a town of business, culture, and the arts, which has and continues to attract visitors. It’s said that Sumida River played a big part in the development of Asakusa. Legend says that Asakusa began when someone came upon a Buddha statue in Sumida River; as such, Sumida River is a cornerstone of Asakusa’s history. Visitors can tour the river on a cruise boat. Explore the town of Asakusa through the lens of temples/shrines and the daily lives of residents. You’ll develop a deeper appreciation for Asakusa. 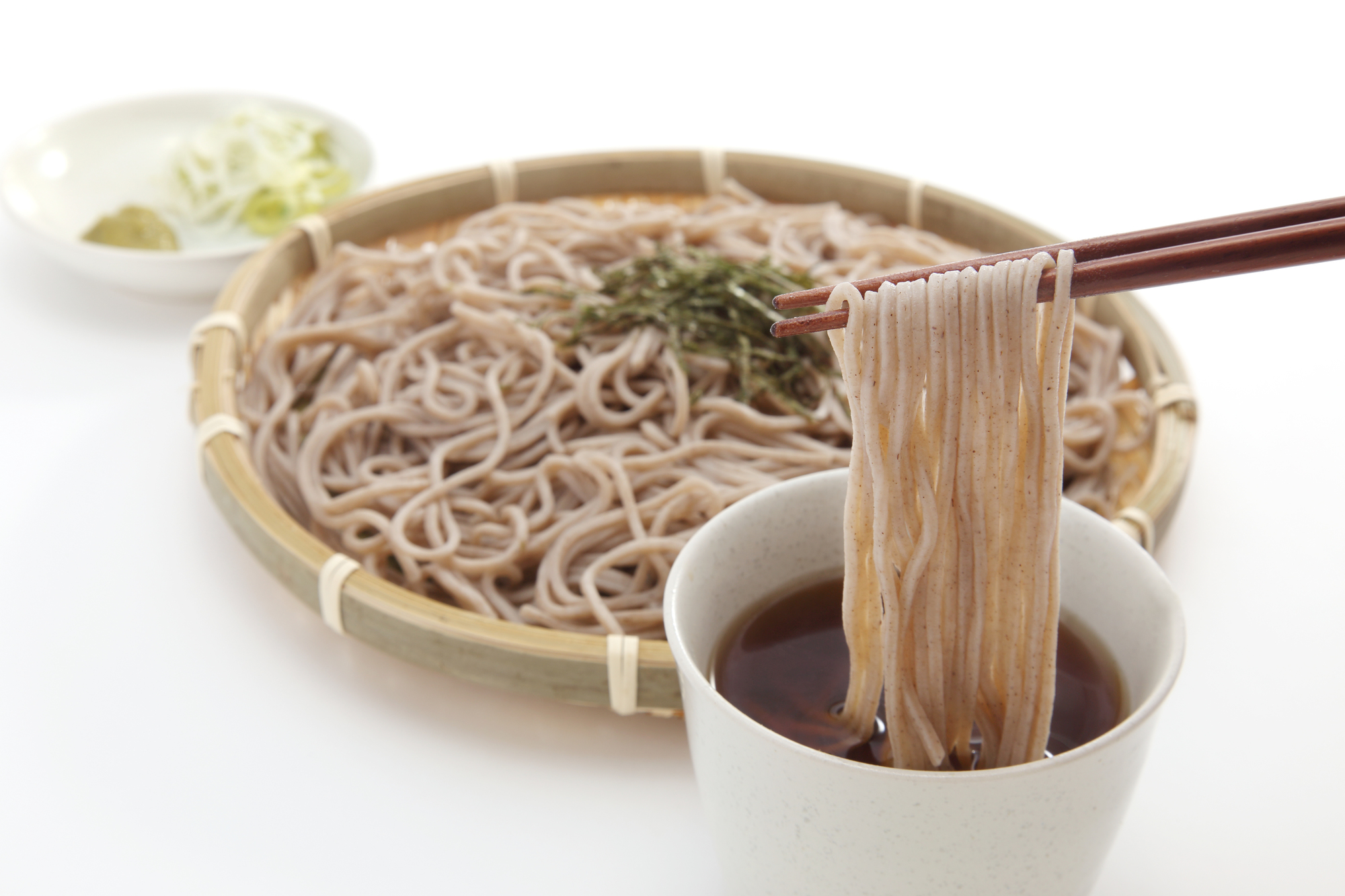 In Asakusa, you can taste Edo-style sushi or the popular beef tendon stew in Hoppy-Dori. Soba is also a renowned dish in Asakusa. For soba, we recommend “Okina Soba”, which is an old restaurant that was established in 1914. One reason for the popularity is the cheap prices that average around 500 yen. Despite the reasonable prices, the dishes have plenty of volume. Try foods beloved by the locals.

There are dozens of izakayas on Hoppy-Dori in Asakusa, which makes it an ideal place for bar hopping. If you’re looking to go bar hopping, we recommend joining a tour that explores the various izakayas in Asakusa. A knowledgeable guide will lead you to his or her personally recommended stores. You may make new friends with the locals?!