Since there are many historical buildings such as temples and shrines, Asakusa is a popular touristic spot among foreign visitors. Not only it is good for sightseeing during the day time, but also at night you will find places for entertainments such as Izakayas and restaurants. Enjoying dance shows with dinner in Asakusa makes your trip even more memorable. In this issue we selected some excellent night shows in Asakusa. 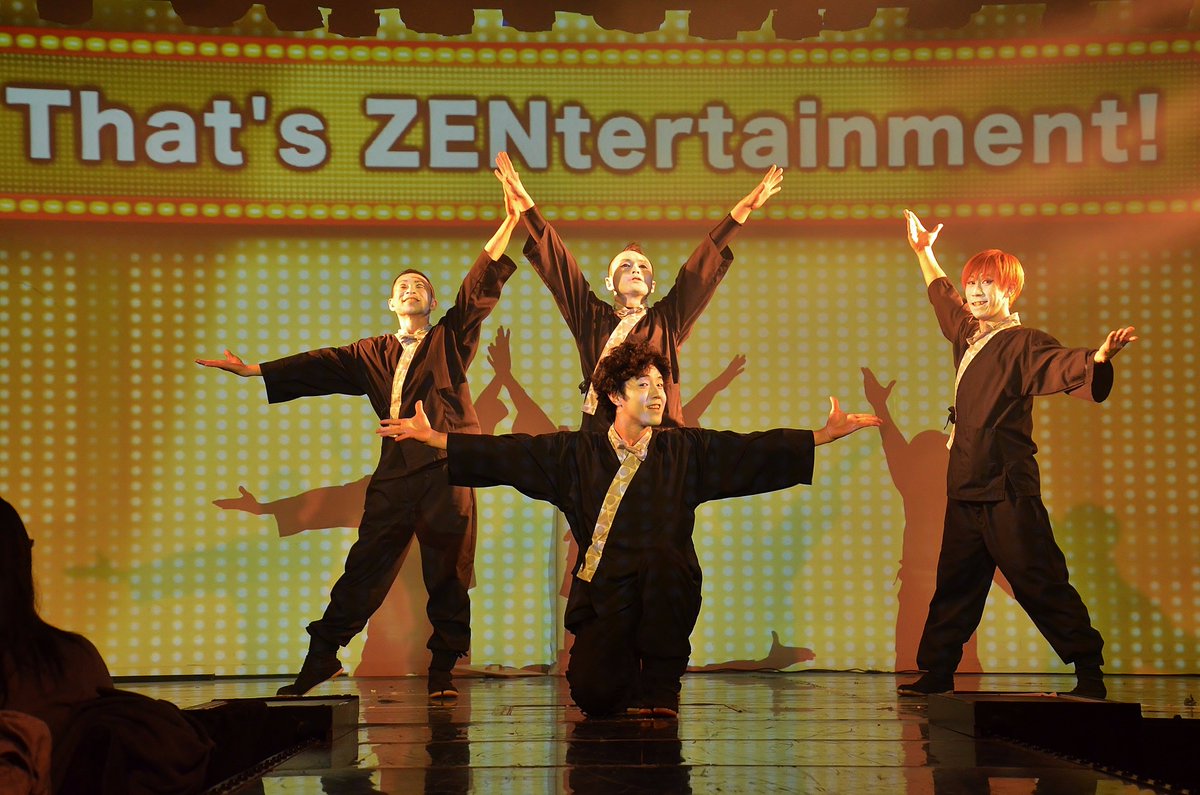 “That’s ZENtertainment” is a non verbal performance show and popular among everyone regardless of age or nationality. It is a fusion of the Japanese traditional culture and the latest technology performing dances, comedies, illusions and acrobat. It is a completely new mixed entertainment. The show lasts 30 minutes. It would cost you Yen1,999 with a drink. There are 6 performances a day. Why not drop by while sightseeing, shopping, and visiting shrines and temples. 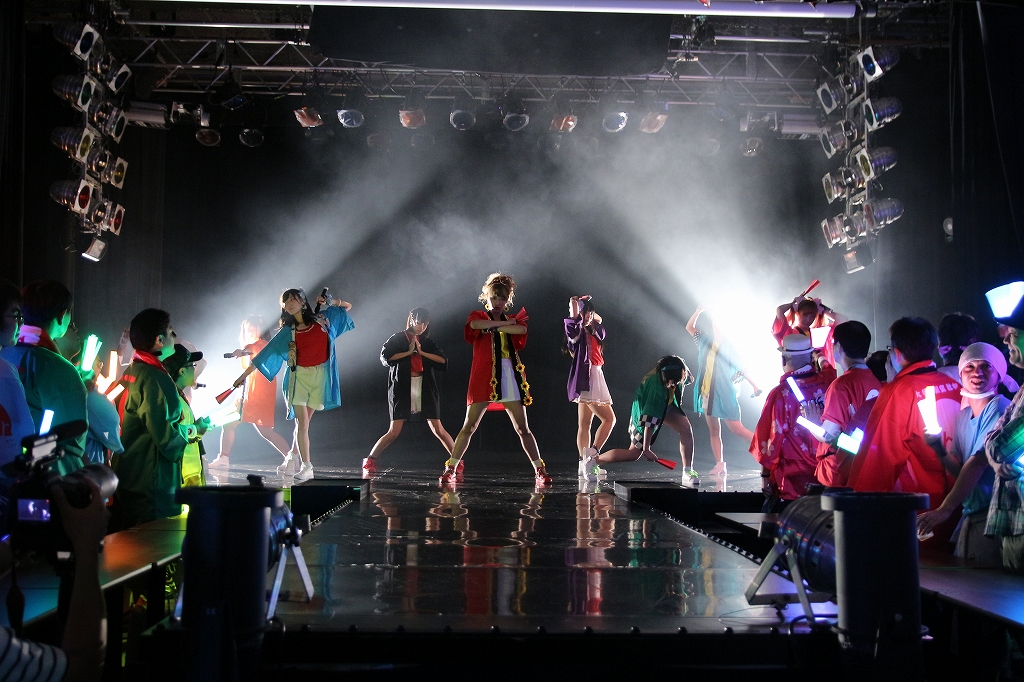 “Asakusa Rokku Yumemachi Theater” is a restaurant theater and very popular, not only among Japanese but also among foreigners. Every week it has its own programs and performances with music and screen play which are very powerful. Since it is a restaurant theater, you can have meals such as pizza with wine or high-ball, while watching the show. Let’s enjoy the live shows of many varieties by top Japanese performers. 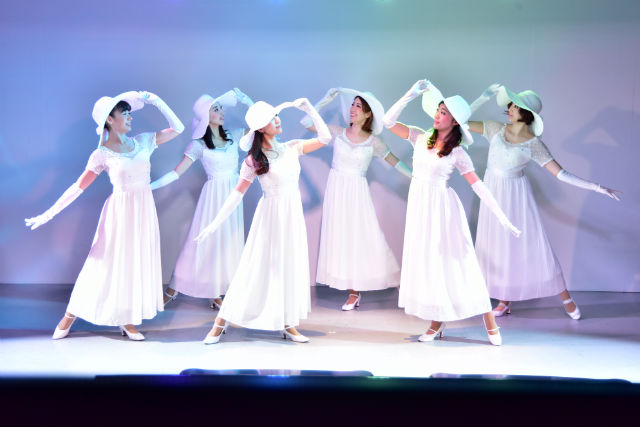 “Tokyo Rhapsody” is a theater restaurant situated on “Kokusai-dori” Street where you can enjoy shows and meals for reasonable price. The shows are mainly dances. Dancers are selected by audition and their performances are very powerful. They are composed of 6 female dancers and 1 male. Their repertoire ranges from classic to modern. At the entrance you have to pay an admission charge including one drink and one dish. The menu includes a curry & rice, pasta, pizza and hors d’oeuvre. Let’ enjoy the show and meals. 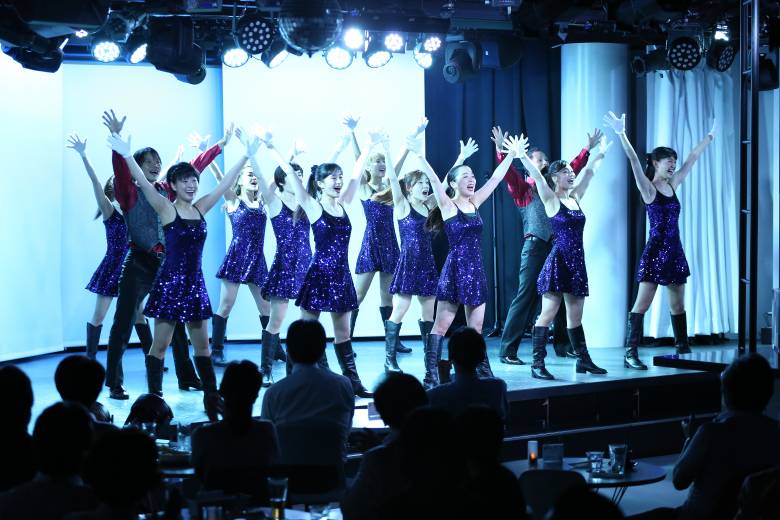 “Amuse Café & Theater” is famous for its long run performances for more than 1200 shows. The performers belong to the “Tora-hime” Company and they are the service staff in the café as well. The members themselves made the original menu of meals and drinks such as “Asakusa Rox Cider” with nostalgic taste and “Tora-hime Makanai Curry & Rice” which they used to eat in greenrooms. They are all something related to the Company and Asakusa. Let’s enjoy the show and meals! 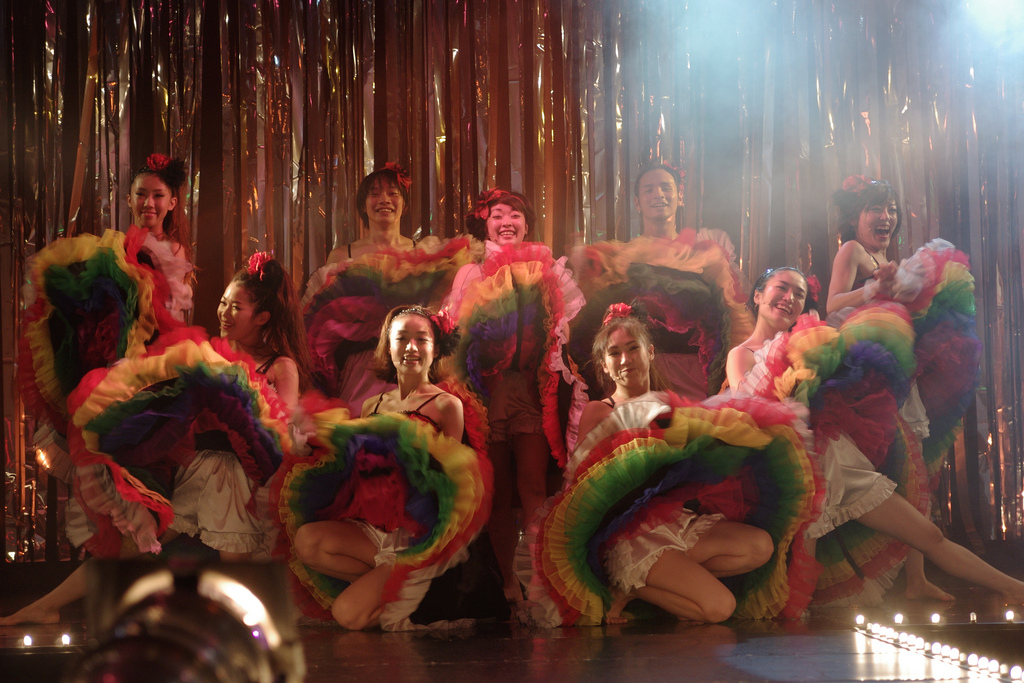 The “Tora-hime” Company consists of 12 members who perform singing, pantomimes, acrobat, etc. They perform mainly at the Amuse Café & Theater. They started their activities in Asakusa where the Japanese popular entertainments were born. They perform shows with the concept of the oldie Showa Period. They have performed shows titled “Revival of Showa Songs – Revues of Hit Songs by Enoken and Kasagi” and “Revues of Showa Songs – Shabon-dama, Gynyu Sekken” for more than 1200 times. It is surprisingly a long-run performance! 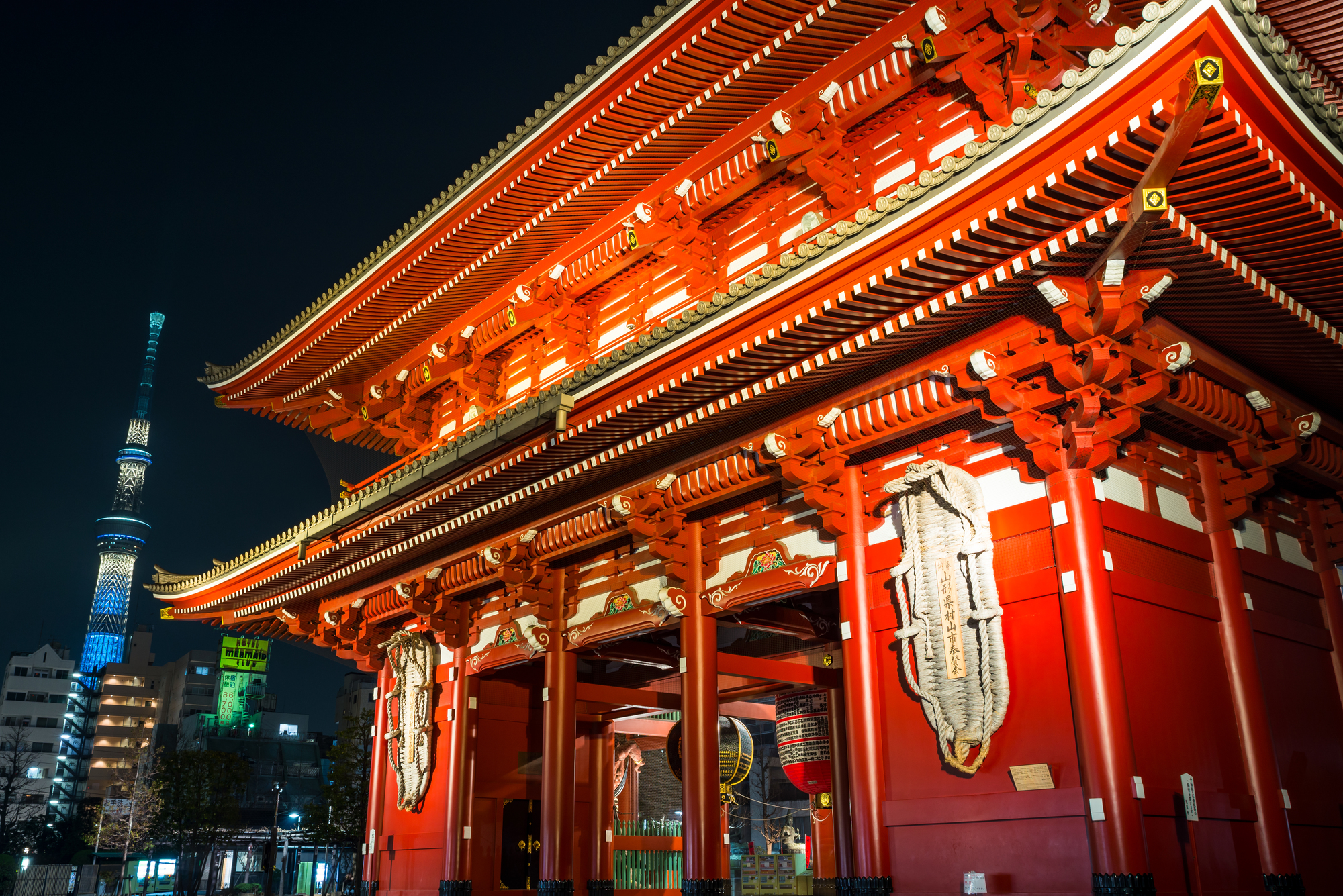 Asakusa has a long history. It had already existed when Kyoto was the capital of Japan. After the capital moved to “Edo” (today’s Tokyo) around 1600, the town became even more prosperous as the center of commerce, culture and entertainment art. The River “Sumida” had an important role for its prosperity. The legend goes that a Buddha stature was picked up by the river and it is the origin of “Senso-ji” Temple, the landmark of “Asakusa”. It would be more interesting to walk around Asakusa exploring the history of Asakusa by visiting temples and shrines in the area.

Learn the Japanese Culture in Asakusa 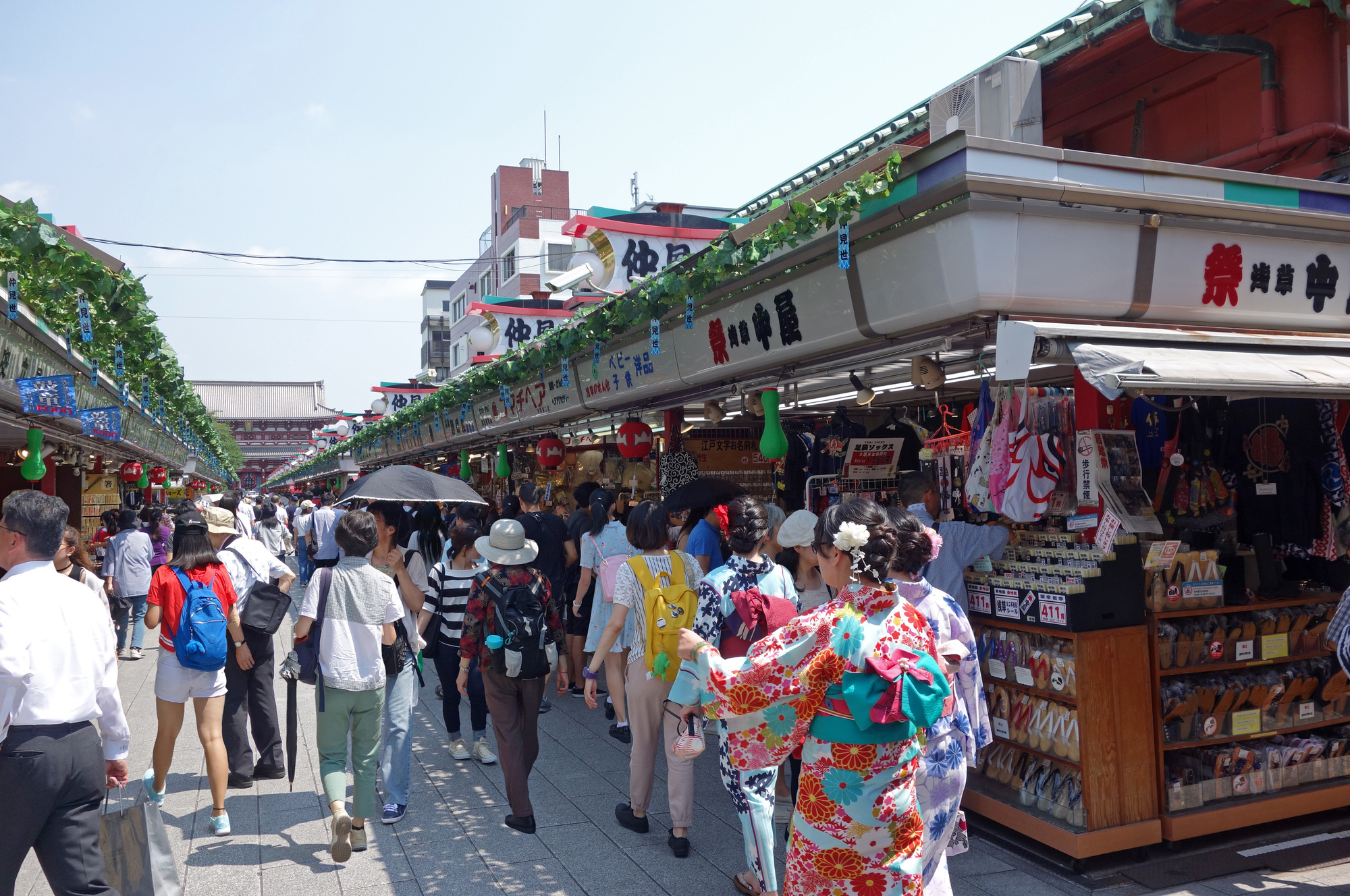 In Asakusa there are many spots to learn about the Japanese history and culture. Visiting the temples, shrines and the “Museum of Amusements” would help your understandings. The museum is for culture of Japanese textiles and “Ukiyoe” (paintings). You can rent “Kimono”, traditional Japanese cloths. Why not take a promenade around Asakusa in Kimono?
Kimono”?

In Asakusa you can sense the Japanese history and old culture. If you would like to enjoy typical Asakusa, why not join a guided tour? The guide will take you to very Asakusa-ish and photogenic spots, and Izakayas with delicious dishes. You would have a deep insight of Asakusa.